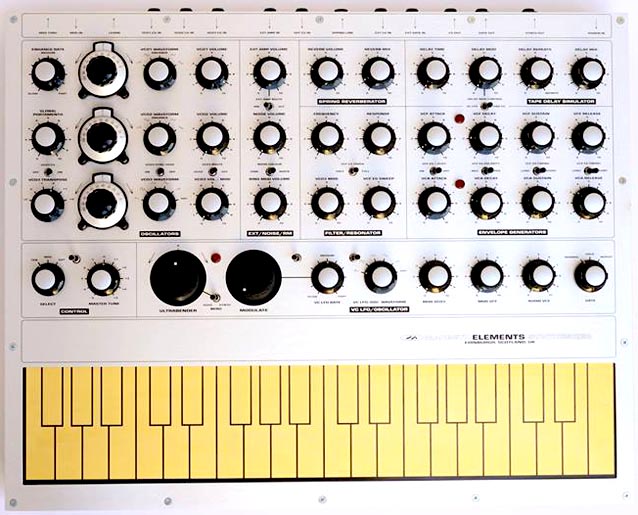 ” …around about november of 2013, I began to realize some ideas that I’d been mulling over for some time- the ideas that i was having were to make larger sized modules, with larger sized controls built in to them as a set- or series of modules that were not necessarily aimed at the tradtion formats of 3u modular, or even 5u modular. it’s tradtional for me to design synthesizers and now a tradition to design modules where the user gets more than just the original module function. on my x-series dual oscillator (for example) – i designed the oscillators first- then added ancilliary functions such as attenuators, ring modulation and noise- infact- a full bodied, multiple sound source module with ‘matched’ circuits to give ‘that’ sound. i’m not known for design simple, plain functioning equipment! the dual oscillator and it’s partner, the ‘backend’ filter broke the mould in the eurorack camp because while everyone else was making things smaller- it turned out that i was making things bigger…and of course, the reason for that was the control size on the panel…and ultimately the complex circuits built from the older, tradtional, larger parts.

The Elements became an idea that i was fixed on. i wanted to make a real sized synthesizer panel that had top quality features in it and without sonic compromise. i bought some aluminium panels (which just happened to be 84 hp) and started work. during this time- i also thought that i’d like to go down the ‘british look’ style…from my very early days i had always like the looks of two british synthesizers of old- the dewtron synthesizer and the ems. finding that those and indeed, radio ham equipment were the traditional vernier dial- plus the availability of real cliff knobs…i set about making element one! element one is the first in a series of five elements modules- well, there has to be a fifth element!”, Ken Macbeth. 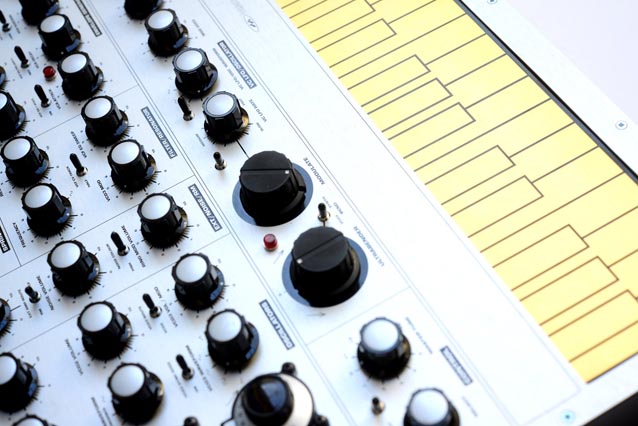 The Ken Macbeth Elements synth is available for pre-order at Analogue Haven with a price of $6,499.00. Here you can read more about the story behind the Elements and the detailed specifications.