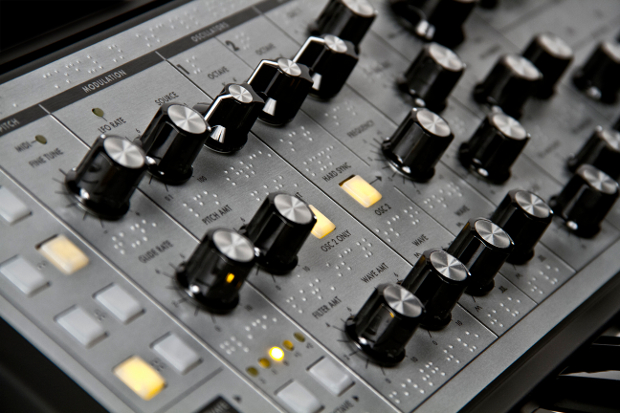 “The braille overlay was inspired by Stevie Wonder after we saw him at the 2013 NAMM Show and went home talking about the possibilities,” said Mike Adams, CEO of Moog Music. “We are always considering how to make our interfaces more accessible to musicians, and this seemed like an obvious solution for visually impaired keyboard players.”

The Sub Phatty with braille overlay is currently available in the U.S. exclusively at Sweetwater Sound, and features an introductory street price of $899. International customers will need to contact their local distributor for availability.

Bringing the soul of synthesis to the visually impaired

The Moog Sub Phatty with braille overlay, which is available now, provides an unparalleled connection between human and machine. The synthesizer, which builds on the tradition of Moog’s highly successful Phatty family, was originally introduced at the 2013 NAMM Show and set a new standard for analog connectivity and sound creation.