Techno duo Pan-Pot join the discussion about THE FUTURE OF DJING and share their thoughts on live remixing: 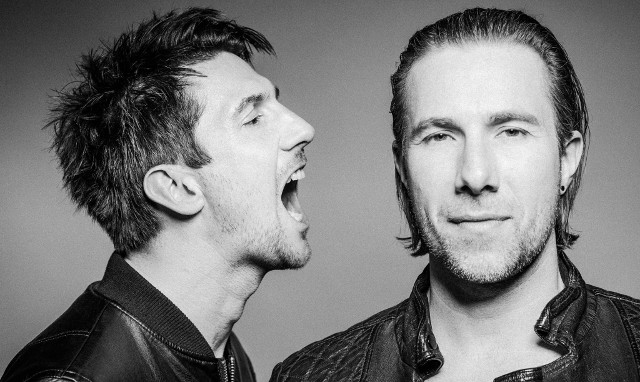 How has DJ culture changed from when you started DJing?

Tassilo: It used to be having this one record. You were the only one in your surroundings who had this record and people were coming to your gig to hear this record. This is something that has really changed a lot. When TRAKTOR came out, things changed. Some of our friends started digital DJing but we thought “we will never do it with a computer”.

Thomas: [LAUGHS] We really didn’t like digital DJs. We thought that this was something that would never work!  I switched to CDs for touring.

Tassilo: But then I started messing around with TRAKTOR and I realized the potential it had. I was still playing vinyl but I also had my entire library in my laptop with me and it worked really well. And it was really loud. You could definitely hear the difference between the CD player and the TRAKTOR audio interface. It was also very futuristic to play with TRAKTOR and people thought “wow, that is really crazy”.

Thomas: I started to get jealous of Tassilo. [LAUGHS]

Tassilo: Today the vinyl is making a comeback. You get a lot of credit if you play vinyl. Things are turning back 360 degrees. But for us TRAKTOR is still the only option we have to play.

Thomas: I really love to play vinyl, but now you can edit your tracks with claps inside, extra high-hats, you can start from the back and switch to the front of your track. You can do it however you like. It’s really cool. It’s just you. It’s your style. How you play your tracks.

How important is music production to your DJing?

Tassilo: It is very important for DJs to have an idea of how music is produced.  If you know how a track is arranged and produced, it really helps you with DJing because you get an idea of how to build up DJ sets. It’s not just a constant rolling beat. There has to be nice transitions and mood changes. Only a few DJs made it to the top without having produced, so that says something about how important music production is.

Is the DJ set getting closer and closer to the live music production?

Tassilo: Definitely. We use live elements in our DJ sets, which allow us to add a personal and individual touch to our sets. I put samples from our tracks in there so I am able to create different transitions and stuff that nobody else can do in the same way.

Thomas: You have complete control over your DJ set. This makes the DJ set very unique.

Tassilo: These are things that were only possible in the studio before. Today, we are able to play very different from when it was only vinyls and CDs.

Thomas: With new technologies you can play at Sonar festival a deep house set or a house set and then you can go straight to Awakenings and play a fucking banging techno set.  That’s a good thing. You have your laptop and your entire library with you.

Tassilo: Live remixing is going to be a key part of the whole development. The individual touch is the key. Especially with these options of live remixing like the TRAKTOR Remix Decks. It’s so nicely integrated. This one deck offers you so many possibilities and so many different kinds of sounds, all very easy to handle. I hope it’s going to be more and more individual. Everybody should be more focused on their own performance and their setup. The uniqueness is missing sometimes.

Thomas: I hope it’s going to be more and more like Minority Report [LAUGHS] with touch-based technology.