The new version of Storm contains:

– Exportation of songs in WAVE or AIFF.

– Integration of new sound modules and new effects for Storm

– Automation of Mute in the mixing table 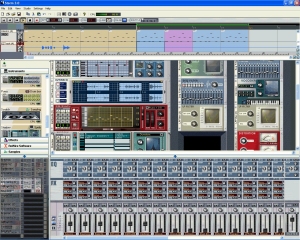