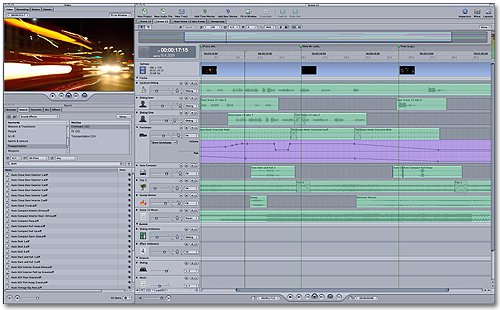 With over 50 plug-ins including Space Designer, Match EQ and Linear Phase EQ from Apple’s Logic Pro 7 music creation and production software, Soundtrack Pro provides a powerful set of tools for audio and video professionals to sculpt the perfect sound for their productions. Soundtrack Pro comes with over 5,000 Apple Loops that add depth to the action and emotion of pictures with musical elements and sound effects ranging from earthshaking explosions and whooshes, to subtle ambient effects.


For more information, visit their web site at www.apple.com, or check out our product page for more details and images (link below).