Universal Audio announced the launch of v3.9 software for the UAD-1 DSP Card and Powered Plug-Ins system. Version 3.9 includes a 14-day fully functional demo of the first of three announced emulations of vintage Roland effects units; the Boss CE-1 Chorus. Full authorizations of the CE-1 plug-in may be purchased for US$99 from my.uaudio.com 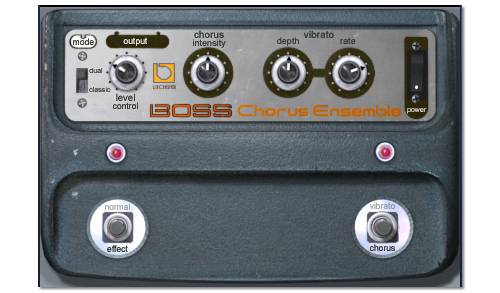 “The Roland/Boss CE-1 Chorus Ensemble is the first UAD plug-in to be released as part of our strategic relationship with Roland Corporation.” said Mike Barnes, Director of Marketing for Universal Audio. “After successfully partnering on the VS8F3 plug-project, we worked with Roland to apply our respected modeling techniques to clone a classic ‘stomp-box’. The CE-1 plug-in delivers all of those inimitable lush, wide-stereo chorus sounds unique to – BOSS’s first generation, analog-aficionado’s unit.”

Version 3.9 also includes updated drivers for Apple’s OSX 10.4 “Tiger” operating system and a number of further enhancements for improved functionality with Apple’s Logic Pro DAW application and G5 computers but will be the last UAD-1 release for legacy OS9.