Propellerheads are happy to announce that Reason 3.0.4 is now available for download. This is a maintenance update for Reason 3.0 users that resolves a few minor issues. 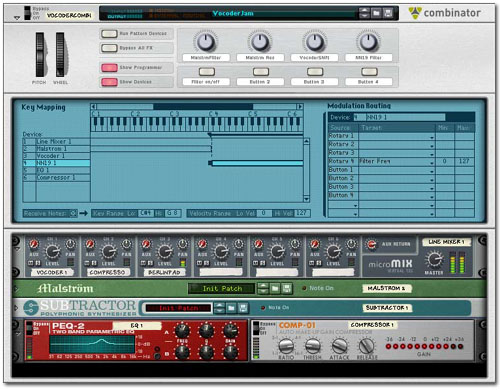 Fixes in Reason 3.0.4. These are the issues that were fixed in the 3.0.4 update:
– Export as audio file
There was an issue in Reason 3.0.3 (on Windows) that could cause weird sounds when exporting a song or loop to an audio file. This was most likely to appear when using certain Scream settings. This happened only when exporting audio as everything sounded fine when listening to Reason directly or running Reason in a ReWire host. This has now been fixed.
– MIDI import
The MIDI import functionality in Reason 2.5 accepted some MIDI file data that the Reason sequencer could not handle. This could for example be bad controller data outside the sequencer timeline. Saving this bad data to a song made that song unloadable, causing a “Bad Format” alert. In Reason 3.0 we made MIDI import stricter and also changed song loading so that bad data was skipped instead of showing the alert. Unfortunately there were some problems with this handling, which we have now taken care of.
– Loading old songs
Some songs produced in Reason 2.5 could not be loaded in Reason 3.0 or 3.0.3. We have addressed some issues regarding NNXT patch data created by some patch conversion utilities, where Reason 3.0 is stricter than Reason 2.5 was.
– Cross-browsing
There were some situations with cross-browsing (replacing a device by loading a patch of a different device type) that caused “Unknown Exception” alerts in Reason 3.0 and 3.0.3. This has now been fixed.
– Combined note handling
Sending overlapping notes from the sequencer to a Combinator that contained a Malström in Legato mode could cause hanging notes in Reason 3.0 and 3.0.3. For example, drawing two C4 notes where the second note starts before the first ends, and setting the track target to the Combinator produced different results than setting the track target to the Malström. This has now been fixed.
– Missing icons in Mac OS X 10.4 (Tiger)
After installing Reason 3.0.3 in Mac OS X 10.4 refills icons could change appearance and turn blank. Also all wave and aiff files were wrongly associated to Reason. Both of these issues were a result of new handling of file types in Mac OS X 10.4. This has now been fixed.
– The Orkester refill as it appears on the CD will still be wrong as this error exist on the physical CD. This will be fixed in the next batch of printed CDs.