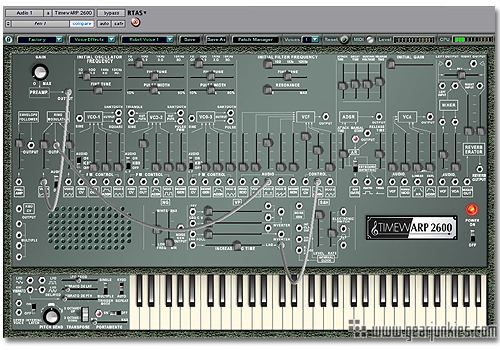 – Windows changes since v1.10:
* ProTools 7.0 feature support. This version supports the many enhancements made to the RTAS standard.
* Improved session saving/loading. Patch name, and patch based MIDI map information are now saved properly with sessions and recalled when the session reloads.
* The Patch Manager now exits much faster regardless of the size of you patch library.
* VST effect is now available.