Ambient Keys 1.5 for Windows was released in February and now we’re proud to announce the release of version 1.5 for Audio Unit hosts on Mac OS X. 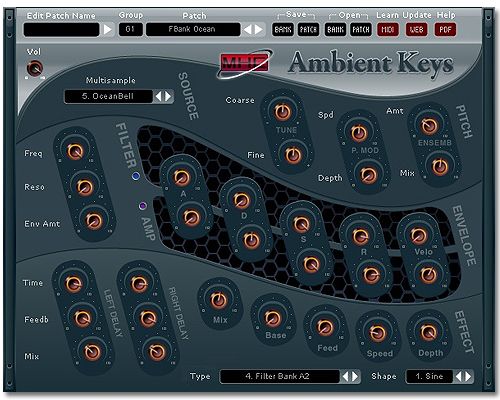 Version 1.5 includes the following new features and improvements:
– New GUI
– The drop down menus have got increment/decrement buttons.
– Fixed a couple of bugs.
– The manual has been extended with around 20 pages.