Synthogy release Ivory AU update and standalone version for Universal Binary. Synthogy have announced the release of their first Universal Binary version of the Ivory grand piano virtual instrument for Audio Units. This release is for all users of Intel Based Macs but is also recommended for all Mac PPC processors running OS 10.4 or greater. The Ivory Standalone version and the AU UB update plug in are installed in the same package. 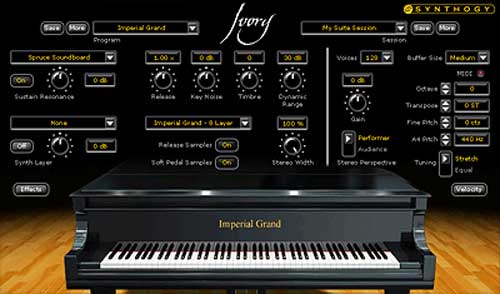