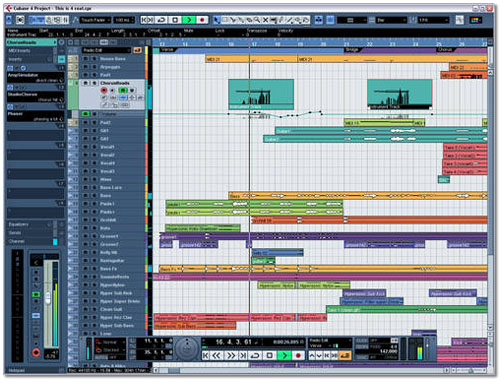 Cubase 4.0.1 / Cubase Studio 4.0.1 include major quality, performance and stability improvements over version 4.0.0. This update is recommended for all users. The following function areas have been improved in Version 4.0.1:
• The VST3 plug-in set has been improved for better performance and lower CPU load. In addition, some minor technical issues and user interface problems have been addressed.
• HALionOne, Prologue, Spector and Mystic have been updated to offer more overall stability and better performance. Some issuer interface issues have been addressed and missing parameters were added to the automation list.
• The entire VST3 preset content – including HALionOne presets – has been improved and will be replaced by the 4.0.1 updater. Existing user presets are not affected.
• MediaBay now offers more overall stability and better performance. Various technical issues have been addressed, together with several minor user interface problems.
• The score editor had some graphics and stability problems, which have been resolved.
• Foreign language localization has been further enhanced and some errors have been corrected.