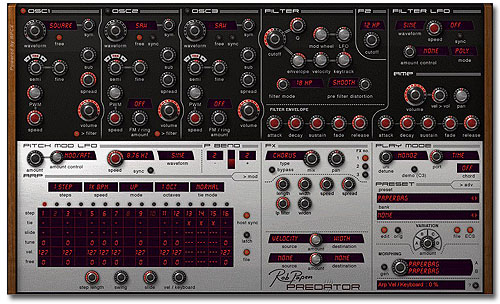 The user interface has been designed so that almost all controls are visible on screen, making it fun and incredibly easy-to-use. And if you’re unsure about a particular synth function, simply right click your mouse to access the help screen.

Last but not least …Predator also includes PredatorFX, allowing you to use the incredible filters, modulations, effects and vocoder as an FX plug-in within your music host.