PSP Audioware are pleased to inform us that they have released the new version of the PSP VintageWarmer2 for both MAC and PC. 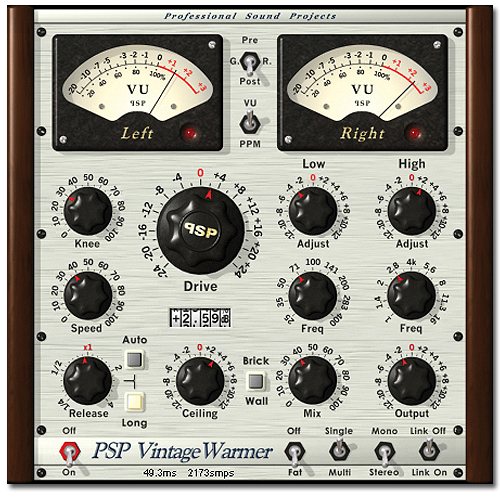 The update is free for PSP VintageWarmer2 users. The following bugs have been fixed in this release:
– severe distortion in multi-band mode no longer occurs,
– the oversampling buffers are cleared properly resulting in no pops,
– removing the bypassed plug-in from slot does not crash ProTools,
– the scheduled parameters automation works fine in AudioUnit version.