Since we (Gearjunkies) entered the world of the social media communities, we got the opportunity to connect with lots of cool people and even fellow ‘gear enthusiasts’ like ourselves. One of those people is Roger O’Donnel. He is an artist, producer, musician from the UK with which I had the pleasure to have a conversation with. I asked him about his methods, his projects and of course his gear. With his experience in the industry he had to perfect view on how the ‘way-of-working’ has changed over the years: “… difficult to remember how we ever took four years to make a record…“

For those readers that don’t know you immediately, could you please in short introduce yourself to us?
My name is Roger O’Donnell I am a keyboard player primarily but have dabbled in mixing, production and management. I spent a large part of my career working with many big bands, most prominently The Cure. Since I left them in 2005 I have been working almost exclusively solo from my home studio in England. I have played on many records including ones that have sold millions and some that have sold in their tens. I am in a very happy and lucky position to now be able to make the music I choose. 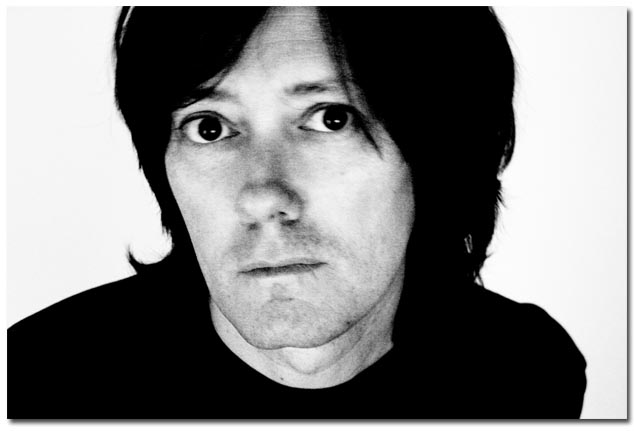 Tell us more on your current projects please, what are your working on at the moment?
I am working on a few projects at the moment the largest of which is for a Chamber Orchestra and the simplest is for the piano. I write and record in my own studio using Logic on an iMac which just replaced an ageing G5. I produce everything myself and mix it, the only thing I send out is the mastering. I generally use Guy Davie in London at Electric Mastering, we seem to have a similar thought process which is helped by us being born on the same day!

I work in a very stream of consciousness way which precludes any outside influence really, my work flow is very fast and completely contained within the computer. I dont use any outboard gear anymore and this allows a very fast approach to my work which is all about capturing the moment. It would be very difficult for me to work with an engineer of producer again, at the same time at least, maybe if I sent them stuff?

I also have a “band” project which is probably the most complex and I have just written a twenty minute piece for piano and four cellos. The piano/cello piece is quite interesting and was commissioned by some weird Italian goths of whom I know very little, its an interpretation of the story of Scheherezade. I am very happy to be working with an exceptional cellist, Julia Kent. To write the piece and also for the chamber orchestra work I have been using the Vienna Symphonic Library sample series which is magical and breath taking and allows you write very emotionally for orchestral instruments.

It seems like I already answered the third question within the second answer. My methods are usually driven by my madness which is a rush to finish, again to just capture that moment. I know when its good and I know when its rubbish, usually 90% of the time. Its hard for me to work with other musicians as I have no patience and very little tact, I just expect everyone to be able to do what they do and do it well and quickly… I do lose interest.

Difficult to remember how we ever took four years to make a record and how on earth you can maintain the enthusiasm for a song you have worked on that long?

You mentioned not to use any outboard gear anymore. Can you be more specific. Does this mean you are more (only) software based at the moment? If so, which software are you using and which software instruments do you consider to be your favorits?
I use Logic and all the processors and effects built into it, I use Synthogy Ivory for piano which is an amazing sample collection. I only ever use the Steinway though… I don’t use soft synths as I have such a large collection of real ones and my Moog Voyager is always switched on and by my side even if I am working on orchestral music. I think I already mentioned that I use the Vienna Symphonic Library for their strings, the samples are unbelievably good. When I first used them I didn’t know whether to laugh or cry! I also really love Melodyne, it turns audio into midi like editable units and I have been using midi for so long I am very comfortable in that domain.

I do all my mixing and effects in Logic, I write the automation rather than using faders even though I have a Mackie control surface. I find that writing the automation is way more accurate….

My Moog Voyager will always be there and my Steinway piano…. 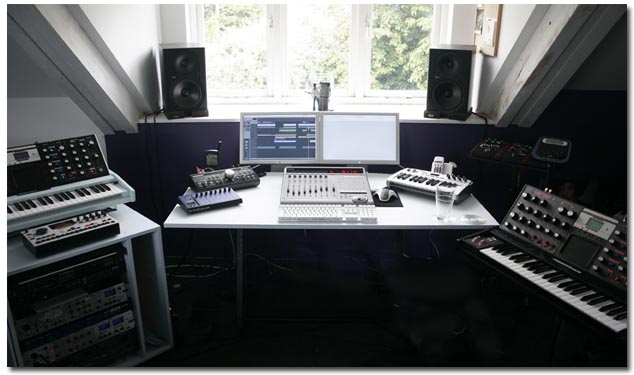 With all your time and experience in the music industry, can you tell us how your way of working has changed since the early days?
Well the, obvious, biggest change has been computers, when I started multi tracking it was on a porta studio with cassette tapes running at high speed. I used to dream of the abilites and functionality I have now. The first step on this road was midi which allowed such easy sequencing and then digital recording which I believe has allowed so much amazing music to come to life, it has completely democratised the recording industry. You now no longer have to be rich to be able to make very very good sounding recordings.

What would be an ideal work environment for you if it exists?
My studio is practically ideal for me, I cant think of how it could be any better. I have written and recorded so much music there and recorded bands and other artists. Its a special place for me and even if I have a choice to record in a “proper” studio I still prefer to work here.

As I understand you do ‘live-performances’ as well? If so could you elaborate about that (project or projects). For example does the gear you use here differ from your studio set-up so to speak?
Yes, my set up for live is quite different from what I use in the studio. I use Ableton Live for live looping and I use Mainstage for running live instruments. This all goes through a Macbook Pro an a MOTU Ultralite audio interface. I use Faderfox midi controllers which I love…

Really the main and most important part of the set up is Ableton Live, I wouldn’t be able to perform live without the live looping function which isn’t necessarily obvious about the software. I usually have two Moog Voyagers on stage and have recently started to use piano as well. I use a Kurzweil PC88 mother controller running Synthogy’s Ivory in Mainstage. I have also started using a really weird harmonic table keyboard which I was involved in the development of called an Axis but sadly its not in production.

I want to thank Roger for taking the time to give us an insight in his methods and knowledge of producing great music. For those of you interested, you can listen to “Quieter Trees” a fine example of Roger’s Classical work. The Cure released earlier this year Disintegration Alternative Rarities, if you are interested in Roger’s earlier work as a member of The Cure.