As a 17-year old, Blame’s first production was the legendary drum ‘n’ bass hit Music Takes You, and he hasn’t looked back since. He’s since mixed one of Moving Shadow’s famous Logical Progression albums, remixed bands including UB40 and The Jackson 5 and toured the world with LTJ Bukem. 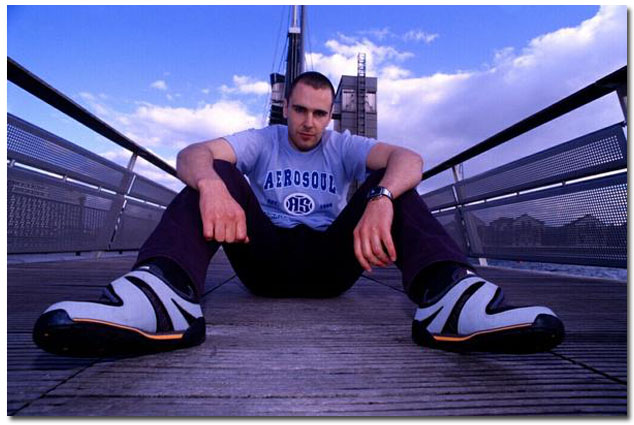 More recently the Blame-penned Selah track Because Of You became Zane Lowe’s Hottest Record in The World and now the likes of Tinchy Stryder, Jocelyn Brown, Rodney P and Dynamite MC are lining up to collaborate with the writer and producer for his debut album, entitled Blame The Music. Clearly Blame is one of the most in-demand producers out there and now he has the perfect sound, thanks in no small part to his recent purchase: a Solid State XLogic X-Desk.

“Over the last 10 years I have been working out of my home studio,” Blame reveals. “But over the last couple of years I have recorded and mixed tracks in some of the biggest studios around London. It was the first time I got my hands on some huge SSL desks and was instantly blown away with the depth, warmth and clarity, even by merely running the stems through the channels.”

“However, I love having a home studio so I can easily crawl out of bed with an idea at any time,” he continues, “but I don’t think the wife would be too happy if I shipped a 40 channel G-Series into the house! So I started hunting around for more compact ways of getting that sound into my setup. I thought about SSL channel strips, and then the X-Desk popped up. The size and connectivity of it all was great for my home studio so, for me, the X-Desk was the perfect solution. So now I find music making is more fluent and the quality of the sound is just what I have come to expect from SSL.”

Blame’s debut album, Blame The Music, is out now and he is currently producing tracks on new albums by Jocelyn Brown and Ed Drewett.