Celemony is proud to announce Version 1.2 of Melodyne editor, Melodyne assistant and Melodyne essential. The update brings full 64-bit compatibility and various optimizations. What lies behind 64-bit technology and what profit there is in it for software like Melodyne in particular are explained in a Celemony film. 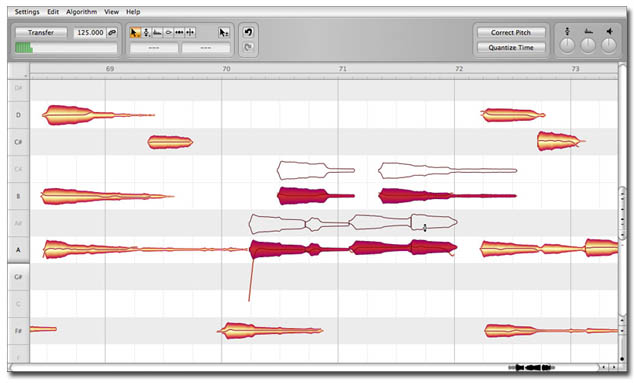 With Version 1.2, the new Melodyne generation joins the currently select ranks of plug-ins capable of running native in modern 64-bit hosts and thereby exploiting to the full the advantages of 64-bit technology. For users, this means primarily that Melodyne is more robust and runs more smoothly during the editing of more extensive projects. Broader host compatibility, various workflow improvements – such as in the handling of transfer storage paths – and a number of bug-fixes round off Version 1.2. Naturally, compatibility with 32-bit hosts is maintained. Version 1.2 will appear in October and is free-of-charge for registered users.

“We attached great importance to being able offer 64-bit implementations of our software as early as possible,” explains Celemony co-founder and software architect Carsten Gehle: “For one thing, so that users of the new 64-bit hosts could use Melodyne without compatibility aids such as bit-bridging, but also, because Melodyne in fact benefits enormously from 64-bit technology.”