Another project Rob is working on is the development of Blue version 2. The sounds coming from this synth were just amazing. According to Marc this synth will set the producers world on fire! We can’t wait to show it to you when it arrives to the stage of announcement. 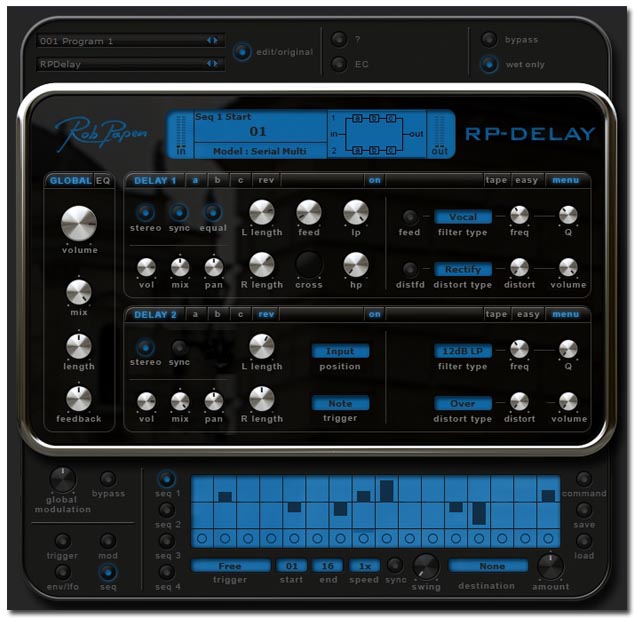 And then there’s the soon to be released RP-Delay (picture above). RP-Delay will be part of RP-VERB 1.5 but also sold seperately (Euro 49). RP-Delay will use 6 delays which can be arranged in a variety, which works in digital or tape delay, and will have a host of filtering / distortion effects. Plus there are two reversers, and lots of modulation envelopes, lfos and sequencers.

Another interesting picture was the protoype of RP-Verb with and without the GUI (as in the picture below), showing us how Rob works in his studio during the creation and testing of these instruments and effects. 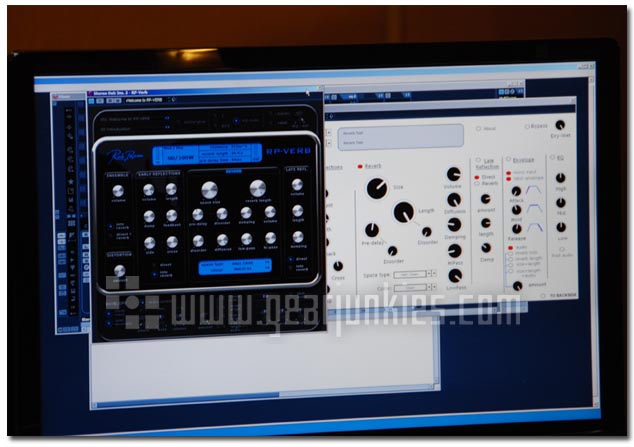