We’ll have to wait untill New Year’s Eve (23:59 pm) for the guys of Sonic Charge to unveil the newest version/upgrade of µTonic in over five years. Just before th weekend however they revealed some more details on what to expect for version 3. 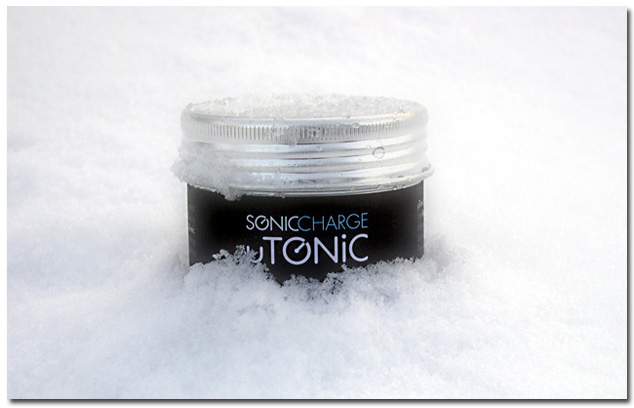 In their own words:

“The primary motivation behind this upgrade is to transform µTonic into a more dynamic instrument, without sacrificing its simplicity or drastically alter its “trademark sound”. We’ve always been proud of how µTonic sounds, and our intention has never been to turn it into a MegaTonic. If you are expecting to see four oscillators with sample playback and granular delay effects on top, you will be disappointed. Instead, you are going to see a set of well-balanced new features for exploring sounds, building patterns and performing live with µTonic. Features that will bring the best out of the beast.

We have already revealed that the upgrade is free and will feature the much requested support for “MIDI Program Changes” and “MIDI-file drag and drop”. I will now reveal another significant addition: “Morph”. “Morph” lets you transform all eight drum patches simultaneously from one point to another. This feature can be used both for performance (think: dramatic build-ups), for editing (think: finding semi-random sounds, “Synplant style”) or for crazy loony fun experiments (think: what would it sound like if I morph the kick to a snare and the snare to a kick, back and forth?).

A sound-file says more than a thousand words so I pulled a random preset from our big preset-bag (“EE Flat Lines”) and made a quick little arrangement with three different morph configurations. Enjoy.“