Pioneering Drum ‘n Bass DJ, Andy C, is currently on tour in the UK with a new ground-breaking, state of the art show, based around the Allen & Heath Xone:DB4 digital FX mixer. The concept of the ALIVE tour is to take DJ’ing to a new dimension, incorporating visual and audio clips, which are controlled by the latest technology. 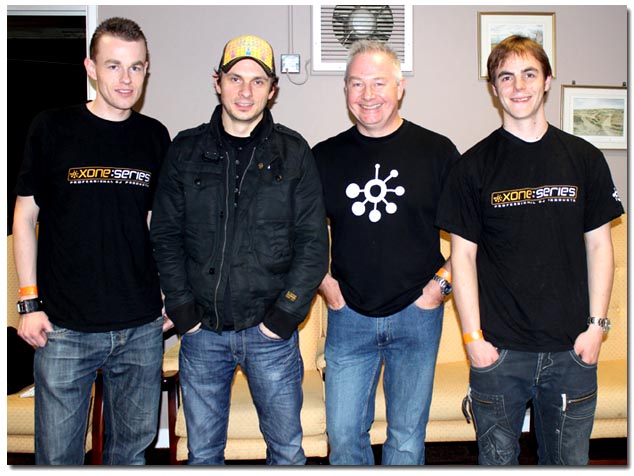 “ALIVE was not possible until the DB4 arrived – it is the piece of kit that cemented the fact I could do it,” explains Andy. “The ergonomics and layout of the mixer was a culture shock at first, as the DB4 is different to every other mixer but I soon realised it was a new step, which would become a central point for control, as it’s too complicated to flip between keyboards, controllers and computers – everything is controlled from the hub.”

The Xone:DB4 controls various MIDI devices, computers loaded with Traktor and Ableton, three turntables, and there are specific audio and visual clips assigned to the mixer’s MIDI buttons.

“The input matrix is incredible. Things get complicated with three records on the go but being able to load a tune into one channel, create a loop, flip it onto another channel, bring that loop back in, then add effects, is great for build ups.  I can easily switch between effects because they are available on each channel, and I can control the MIDI on each channel too. The amount of control is unbelievable,” Andy continues.

“These are truly studio quality effects. The way they affect and work with the tune whilst it’s playing is amazing. They can be as subtle or industrial as you like, especially when using the expression and wet/dry knobs.”

The tour takes in various dates across the UK, with a custom built set housing all of Andy C’s equipment.

“When we set up the DB4 for the first time on a big rig, the sound quality blew my mind. The dynamic range is amazing and I don’t need to add much EQ as the engine inside the mixer just seems to gel it all together, so I can concentrate on blending effects and mixing the tunes,” he concludes.