Pro-DJs are about to get a new lease of life, as Pioneer unveils the CDJ-2000nexus – the industry’s first multiplayer to be compatible with rekordbox DJ software on iPhone, iPod touch and iPad, Android smartphones and tablets. 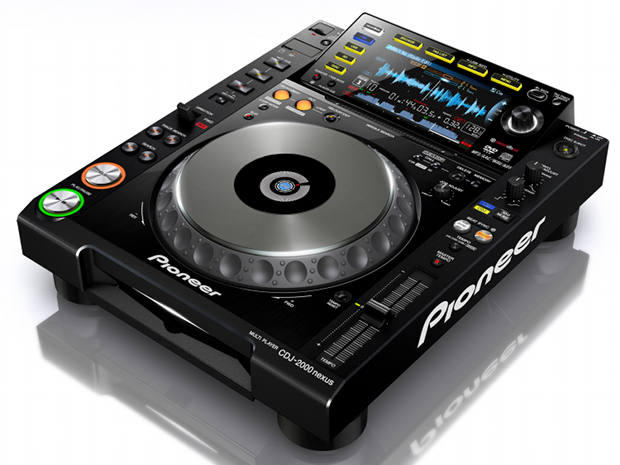 DJs’ wildest dreams. DJs can prepare amazing sets and playlists using the included Pioneer rekordbox software or download the new rekordbox app to access the same features on their iPhone, iPod touch and iPad, Android smartphones or tablets. Music can then be loaded onto the CDJ-2000nexus via USB or, new for the CDJ-2000nexus, Wi-Fi*.

The CDJ-2000nexus opens up a new realm of possibilities during performance, with the addition of four-deck rekordbox Beat Sync. Dedicated controls for Master and Sync let you choose which new songs are automatically beat-matched to the master deck. DJs can now focus on taking their performance to new heights through their mastery of loops, cues and new live edit functions, all perfectly in sync.

“Finally true quantization comes to hardware users, opening up possibilities for those who want to retain traditional DJing methods but with the advantages of technology,” James Zabiela.

The hugely popular Slip Mode is an essential performance tool that takes the risk out of using remix functions such as loop, scratch and reverse. DJs can create live edits while Slip Mode keeps the music playing muted in the background, bringing it back in when the edit is finished. Another new feature is Active Loop; DJs can use rekordbox to set automatic loops in any track. So DJs can extend part of a track, never miss a trick, or prolong the end of a song so the music never runs out unexpectedly.

Pioneer has also added new Quantize functions. So as well as snapping all cue and loop points to the rekordbox beat grid, Hot Cues and Hot Loops can now be triggered in perfect time with the music. A dedicated Quantize button makes it easy to switch between ‘free’ or ‘quantized’ playback, giving DJs the choice to express themselves in the best way for each performance. Automatic recall of Hot Cues and Hot Loops makes the whole creative process even more fluid.

The CDJ-2000nexus makes mixing in-key effortless. Tracks are analysed by rekordbox and the CDJ-2000nexus browser incorporates a simple traffic light system that shows you which songs will mix well with the master deck. This works hand in hand with Master Tempo, which changes the music speed without altering its pitch. DJs will notice a significant improvement in quality and it now works without artefacts up to 16%.

The large, full-colour screen now features rekordbox Wave Display and Wave Zoom to provide a much better view of the music, and lets DJs edit beat grids directly on the players. Browsing music is even more intuitive, with the option to view tracks in list, artwork or customisable formats. The screen shows a host of mixing tools that can be pre-set in rekordbox, such as Beat Countdown and Phase Meter.

The CDJ-2000nexus retains all the popular features of the CDJ-2000, such as the 206mm jog wheel and the ability to edit playlists on the fly. And, naturally for Pioneer professional products, the highest possible sound quality and robust build come as standard.