Now T-RackS is even more powerful, with the new Custom Shop feature, which was originally introduced in our AmpliTube software. Custom Shop opens from within T-RackS, and lets you browse, audition, and purchase any processor in the T-RackS collection. It’s like having a really cool vintage and cutting edge modern digital gear shop at your fingertips, 24/7.

Tailor Your Studio to Fit Your Personal Budget 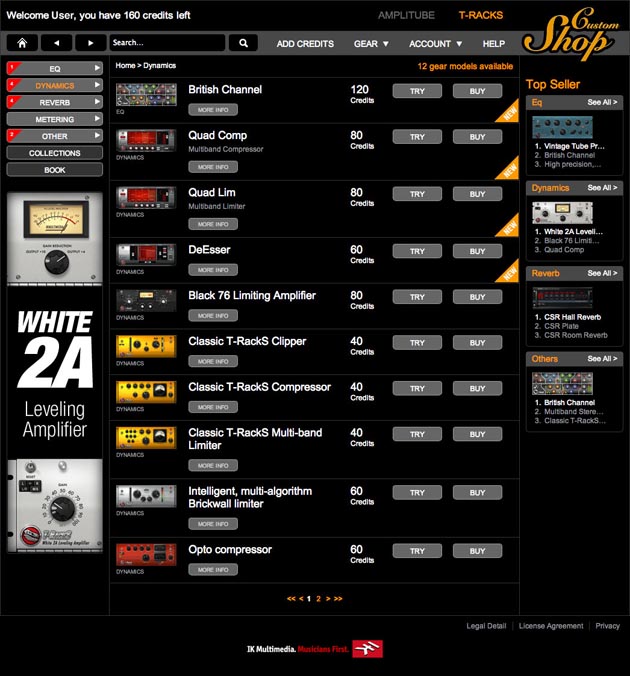 The free version includes two fully functional modules (classic EQ and metering), making it an unprecedented value on its own. It can be downloaded for free from the IK User Area upon registration.

For those who prefer buying their gear individually, rather than in bundles, your favorite T-RackS gear can be bought à la carte in the Custom Shop, including the new Quad Series multiband processors, and British Channel, a meticulously modeled emulation of the channel strip from a famous British mixing desk. You’ll also find updated versions of Black 76 and White 2A, 64-bit-capable Classik Studio Reverb modules, and the nine other dynamics and EQ processors in the current T-RackS lineup.

Watch and listen and notice the difference.