Blue Cat Audio has released an update for their multi-purpose audio levels meter and envelope generation plug-in, Blue Cat’s DP Meter Pro. At this occasion, the introduction price period for the recently released plug-in has been extended. 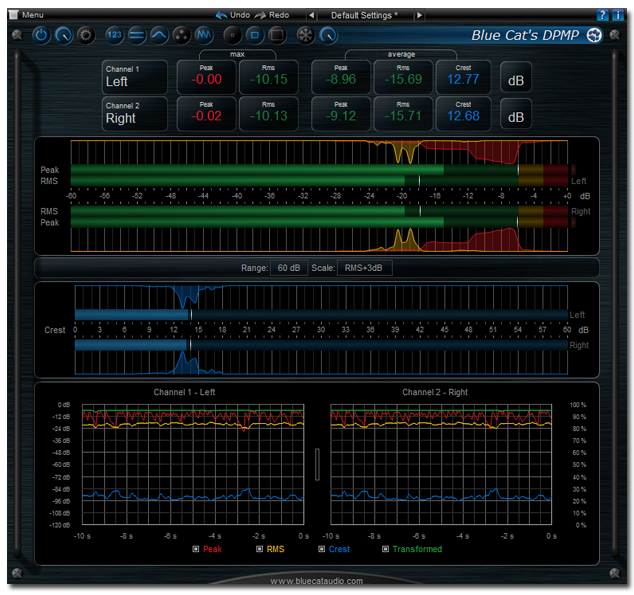 Blue Cat’s DP Meter Pro (DPMP) is a unique audio analysis tool that combines very flexible and customizable audio meters with advanced envelope generation and side chaining control capabilities. This new version (4.01) fixes a few issues for Mac users and brings a new default preset so that the plug-in fits into small laptop sizes when opened the first time.

The plug-in is available alone or as part of Blue Cat’s Analysis Pack, the company’s flagship audio analysis solution. The update is free for existing customers, and the new version can be downloaded from the same location as Blue Cat’s DP Meter Pro 4.0. The introduction period for new customers (16% off the plug-in and 10% off the Analysis pack) has been extended until March 15th. Demo versions can be downloaded on www.bluecataudio.com, in VST, RTAS, AAX, Audio Unit and DirectX formats (32 and 64-bit).

– Changed default preset so that the plug-in fits into small laptop screens when opened.