Sasha is a DJ who almost needs no introduction, but we’re going to give him one anyway… A living legend to many and certainly a widely-acknowledged inspiration to a plethora of DJs all around thanks to his advanced skills, blending tracks together into one seamless composition and playing with keys and chords like no other DJ. It was a complete honour for Point Blank to be able to not only speak with Sasha over the phone for this interview, but also to welcome him into Point Blank a few weeks back where he took a tour of the college. 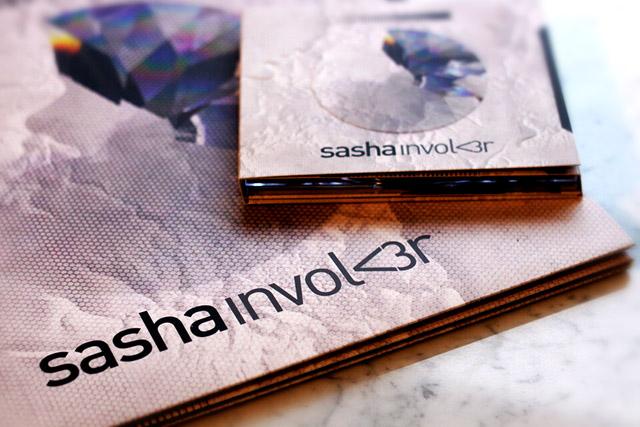 The latest installment in Sasha’s Involver series, Involv3r, is due for release very soon, so they began by speaking to him about that, before delving into his past, his relationship with technology and looking to the future… Point Blank’s Marcus Barnes was on interview duties and below is the result.

Marcus: I guess you’ve been pretty busy lately, as always?

Sasha: Yeah. Just finishing off the Involver record.. and touring, as usual. I’ve just been to Asia and Australia the last couple of weeks.

Marcus: I see you’ve been in a studio with Betoko?

Sasha: I haven’t actually been in with him. It’s his studio. It’s brilliant. We’re mixing the record down there.

Marcus: Yeah. It looks like it’s a pretty impressive setup he’s got there.

Sasha: It’s amazing. The studio is a legendary studio from the eighties. Everyone worked there… A lot of hits came out of there. I don’t think they’ve been doing a lot of stuff there recently, but his uncle owns it, so he’s gone in and sorted it out and recapped the desk. It’s a great sounding room.

Marcus: So, you’ve just been doing your mixdown there?

Marcus: Cool. So where have you been working on the Involv3r stuff then?

Sasha: All over the place. We had to move about three times. This is one of the reasons why it’s taking so fucking long. We moved to a new studio and it sounded different. Yeah, it just dragged on and on. I had to move out of my studio in New York and Grayson had to move out of his place in Ibiza for the same reason. So, we ended up working in about five different studios.

Marcus: Bloody hell. What a pain.

Marcus: How are you feeling about it?

Sasha: I fucking hate it at the moment. I can’t listen to it right now. I’m always like that at the end of my records. I’ll leave it two or three months before I listen to it.

Marcus: When did you first get started with it?

Sasha: We started off in the spring but I couldn’t get the track listing to start off with. I don’t know, it was weird. We got knocked back on a couple of things that were really integral to the sound of the record. It just didn’t come together, we were working hard on it but it just didn’t come together. I seemed to have a load of filler tracks, and not the actual meat of the record. We put it on ice over the summer. The Hot Chip record Flutes was originally on there and a couple of other things… We just decided to release those as singles. And I guess off the back of Hot Chip being so successful, when I started asking people for tracks again in September/October, everyone said yes. It was like people were throwing music at me. Having a number one on Beatport helps!

Marcus: Yeah, I can imagine so… Massively. Your label’s flying at the moment as well.

Sasha: Yeah, it’s doing really, really well. I’m very, very happy with it and the way that it has grown and the sound of it as well. I have a really amazing team of people working on it, that’s made all the difference, really. They’ve really got their ears to the ground and they’re always sending me producers I’ve never heard of. I’m supposed to know everyone… What’s going on?

I think when we first started the label, eighteen months ago, it was like people were sending maybe their filler tracks for consideration, whereas now I think they’re purposely writing stuff for the label. We’re getting amazing stuff. That Ejeca EP is fantastic. Simon Baker’s working on some new stuff for the label. Thermal Bear is working on an album for us.

Sasha: Yeah, he’s fucking on it. I think everything [on the label] has a common thread to it. It’s all got a really beautiful melodic signature to it, whether it’s a Ghosting Season thing, which is really out there and kind of electronic and leftfield or whether it’s something that’s more of a club track. I feel like the label’s developing a sound to it but the sound is quite broad. We’re not just putting out one big club banger after another. That’s not really the intention. I’m not really doing it to make a load of money out of it. I just want to have something that I’m involved in creatively that gets me closer to artists that I’m really into, and that allows me to put out beautiful pieces of music.

Just the way it’s grown as well is pretty nice. It’s a really gathered pace over the course of the first sort of couple of years and it’s really got to the point now where people are really taking notice of it now. When we first started sending tracks out we got very little feedback, and now it’s like the feedback we’re getting, across the board from a lot of different genres of DJs is really, really positive. And it helps. Like I said, it helps every now and then to have a big record on the label that really gets everyone’s heads turned, but you know, we’ll follow up the Hot Chip record with something like the Ejeca record which is different, completely different vibes, than the Ghosting Season thing. Of course, it’s great to have an anthem on there every now and then but it’s the other weird and wonderful music on the label that I’m really excited about.

Marcus: Well, the thing that I noticed as well is the label seems to have brought out a different side to some of the people that are on there. I mean, Ejeca is known for big nineties House sounding stuff but his EP on Last Night On Earth is a bit different for him…

Sasha: Yeah. Like I said, because we’re pushing people to do EPs. It’s a different format, if someone sends us a couple of tracks, we’re like, “Well, we like them but we’d like you to do a couple of other things that are maybe a bit different.” We’ve really tried to A&R people and push them to go a bit leftfield and go a bit deeper or weirder or whatever, whatever they fancy. I think the EP format is great, they’re like mini albums aren’t they, but they’re allowing people to experiment a little bit.

Please continue the rest of this interview at the Point Blank’s blog.

Involv3r is available from March 18th, to pre-order the album click HERE.