And even more synth news today. Novation have reworked their classic bass synthesizer, the Bass Station. In honour of its 21st birthday, Novation is proud to announce the launch of Bass Station II – a powerful analogue synth that’s made for bass but equally well adapted to leads. 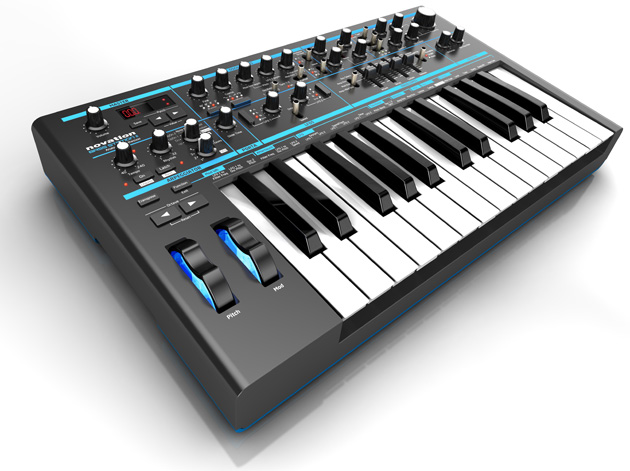 Based on the classic Novation Bass Station from 20 years ago, Bass Station II has been completely re-worked for the 21st Century, with two filters, two oscillators plus a sub-oscillator, patch save and a fully-analogue effects section. Plus there’s a step- sequencer, arpeggiator, a two octave (25-note) velocity-sensitive keyboard with full-sized keys and a powerful modulation section. There’s even MIDI I/O and USB connectivity.

The original Bass Station was released in 1993, but its heritage goes back a lot further: to the 1970s, thought of by many as the golden era of synthesis. Synth designer Chris Huggett has remained a constant design force for Novation over the years. Huggett has decades of experience in hardware synth design, having pioneered the development of digitally controlled analogue synths including the OSCar. He also designed such classics as the Wasp, released by Electronic Dream Plant in 1978 – and there is a direct line of descent from the Wasp filter to the awesome “Classic” filter in Bass Station II. 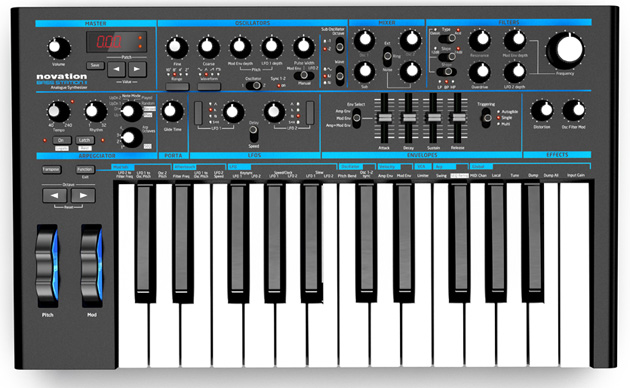 Load and save patches: 64 factory patches on-board with room for 64 more of your own: save more to your computer via USB.

Pattern-based Step Sequencer and Arpeggiator: Bass Station II has an arpeggiator with a programmable step sequencer that enables you to store and call up patterns as well as quickly sketch out ideas.