Steinberg is pleased to announce the availability of the Cubasis 1.3 update. This update features the new 4-band parametric StudioEQ, a brickwall limiter, a CPU meter, FLAC file import and export and a MIDI panic button. In addition, 20 user reported problems were solved. Customers can download the update free of charge from the App Store. 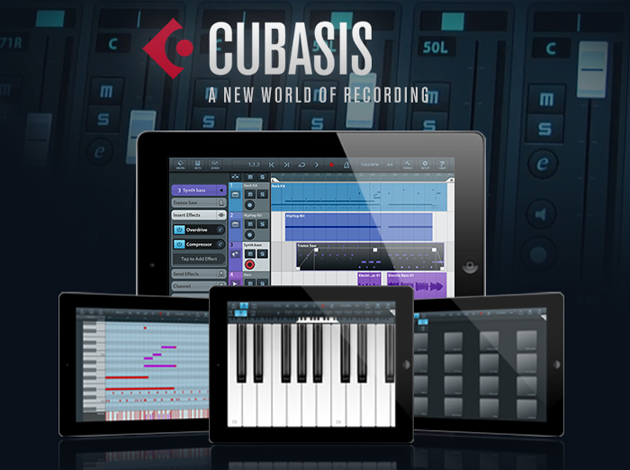 Cubasis is Steinberg’s streamlined, multitouch sequencer for the iPad. Specially designed for quick and easy operation, Cubasis makes recording, editing and mixing a breeze. Record tracks in CD audio quality, and edit your music with the Key and Sample Editors, while the included mixer and audio effects polish your song to perfection. Cubasis comes loaded with dozens of virtual instrument sounds which can be played in real time using the virtual keyboard and drum pads. Cubasis’ projects can be even opened in Cubase under Windows and OS X! Cubasis places touch-intuitive production tools in your hands, opening up a new world of possibilities for your creativity.

– 2 new plug-ins: 4 band parametric StudioEQ and Brickwall limiter
– Now you can use up to 4 inserts per track
– FLAC file import and export
– Cubasis can be set as an input and output simultaneously in Cubasis
– CPU meter
– Polyphony meter
– MIDI panic button
– Many user reported problems solved