These past months we saw a few pictures on the Twitter feed of Junkie XL, showing some of the work he was doing with Hans Zimmer on the soundtrack for The Man Of Steel motion picture. The images were of a drum studio set up of twelve drum kits, all facing eachother. To us that looked very interesting. 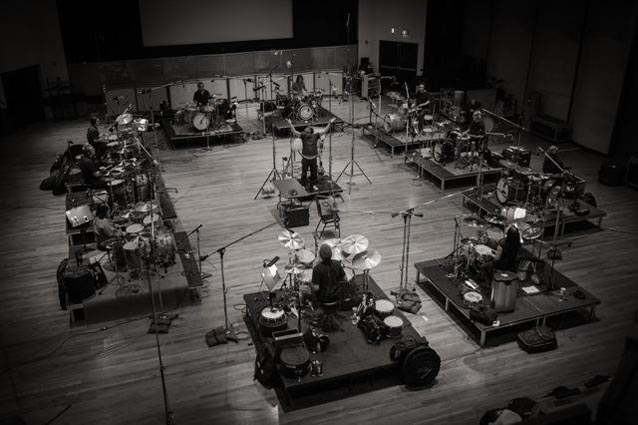 Now, the production company behind the movie have released of video of that particular drum session. This Behind the Scenes video is about creating the drums for the Man Of Steel Soundtrack. Drummers featured include: Matt Chamberlain, Sheila E., Josh Freeze, Pharell Williams, Danny Carey, John JR Robinson, Jason Bonham, Satnam Ramgotra, Toss Panos, Jim Keltner, and more!