Native Instruments today released TRAKTOR KONTROL Z1, the world’s smallest professional mixer and audio interface for both TRAKTOR DJ for iPhone and iPad, and TRAKTOR PRO 2. When combined with the critically-acclaimed TRAKTOR DJ app, the sleek Z1 adds headphone cue and dedicated faders, filter and effects controls, and 3-band EQ for each channel. 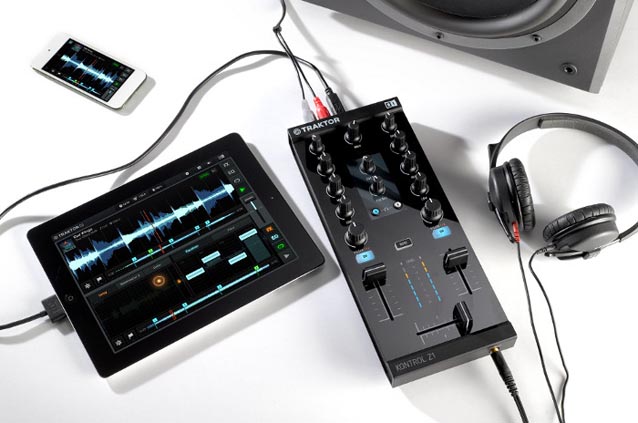 TRAKTOR KONTROL Z1 comes with software and license for TRAKTOR LE 2 and connects to iPad and iPhone with an included 30-pin connector. Using the Z1 with iPad 4 and iPhone 5 or later requires a Lightning adapter sold separately.

All Z1 customers receive a personal $50 / 50 € e-voucher. This is delivered by email upon registration of the Z1 hardware.

Additional information on TRAKTOR KONTROL Z1 is available at: www.native-instruments.com/traktorkontrolz1