Urs Heckman has announced that coming september 9th, his anticipated new Tape Delay plugin Satin will be released. This tape effects plugin will be available for Mac OSX and Windows PC, with 64-bit support for both platforms. VST, VST3 and AU versions are included. The version for Pro Tools 11 (AAX support) is still in development. 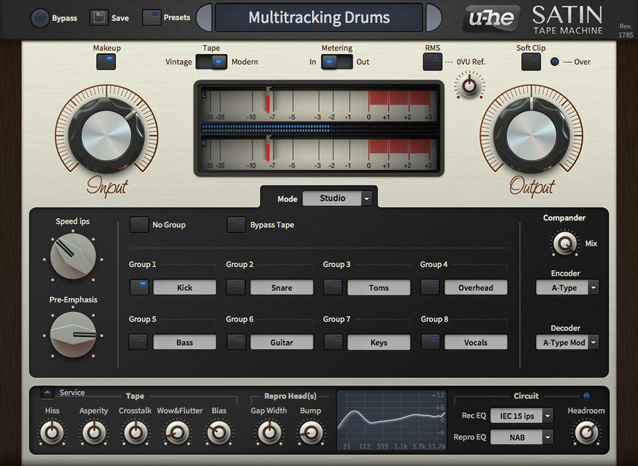 In all modes, the tape speed is continuously variable from 7.5 to 30 inches per second. While aiming for a complete simulation of classic tape machines, u-he also decided to include the noise reduction circuits. This is not spurious whimsy: the classic compander models can be used for decoding old tape recordings, or for dynamic processing and colouration effects such as – a known trick amongst seasoned tape-ops – enhancing background vocals and e.g. acoustic guitars.

Since releasing their analogue synth plug-in Diva, u-he have been making a big thing of the accuracy of their models – SATIN is the next member of an ongoing series.

Satin will be priced at $129, but the plugin will have a 4-week introductory price of $89.