Raw Cutz is the fresh sample label from Erik Svahn and Matt Pelling, the guys behind Loopmasters and Equipped Music – it’s a fresh look at the  world of sampling through the eyes of those that have been involved with the sampling industry since its inception in the early 1990s. 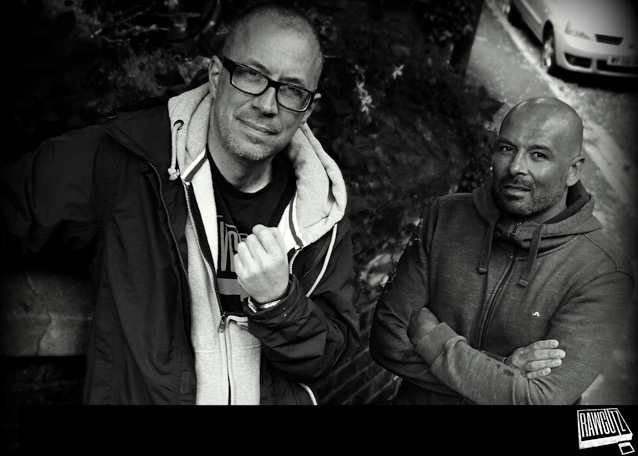 Equipped Music and E-Lab has been around since the first wave of sample companies launched into the market in the early 1990s, and has always impressed producers with their creative flair and inspirational sounds – first releasing the X-Static Goldmine series, and then moving onto releasing timeless classics which included Smokers Delight, Premier Beats and Tokyo Soundscapes amongst many others.

Loopmasters from its inception in 2002 has marched in sync with the sudden explosion of popularity of the computer-based DAWs like Cubase, Logic, Propellerheads Reason and Ableton Live. Loopmasters populated the market of pro-quality sound design and was among the first to release samples from renowned performers, producers and DJs such as Deadmau5, Coldcut, Full Cycle, Mad Professor, Santé, Marshall Jefferson, Audiojack and many dance music icons. For the past 10 years, Loopmasters have provided customers with the best cutting edge samples and music software that money can buy… and the beat goes on!

Now the guys behind these 2 great companies have come together with a concept that takes sampling back to its roots and invites all the producers of the world to join them in this musical journey to the root of sampling.

Focusing on smaller collections of sounds which are jam packed full of inspiration, the Raw Cutz ethos is “all killer, no filler” when it comes to their packs and producer pool, and the collections all work perfectly on their own or when used together. Rather than huge banks full of endless loops and alternatives, the Raw Cutz sample packs feature smaller banks of Fat Kicks, Crisp Snares and large amounts of one shot inspirational Music sounds which typically include live instrument samples (Rhodes, Guitar, Horns, Flutes), Slamming Stabs, Ethereal FX, Vocals and Warm and Funky Bass tones.

Vintage Instruments and recording methods have been used to capture the real vibe from “back in the day”, including Akai MPC’s, EMU SP1200, Rhodes Pianos, Technics 1200 Turntables, Vintage Mics, and Analogue Recording Desks. Using time honored techniques and equipment with limited sampling times has meant that every sample has been cut and dusted to ensure maximum usability and relevance.

Raw Cutz sells Hip Hop samples, but as most producers know – the heart of most dance music comes from Hip Hop – and Raw Sounds can easily be used to inspire a much wider range of music including House, Drum and Bass, Downtempo, and other forms of Electronica and Experimental music.

Raw Cutz sample packs are available at www.rawcutz.com and www.loopmasters.com exclusively: you also get a free sample pack when you register at the Raw Cutz website, and earn golden floppies for free products when you spend at the official site directly.