Elektron have, together with Goldbaby, released a new sound pack for the Octatrack. The MPC Memories Sound pack pays a tribute to the MPC60, the beat making machine that forever changed the course of musical history. Goldbaby has put this gem of an instrument to work and has used it to sample hundreds of vinyl hits, drum machine one shots, and FX sounds. From now on, the Octatrack can’t stop, won’t stop. 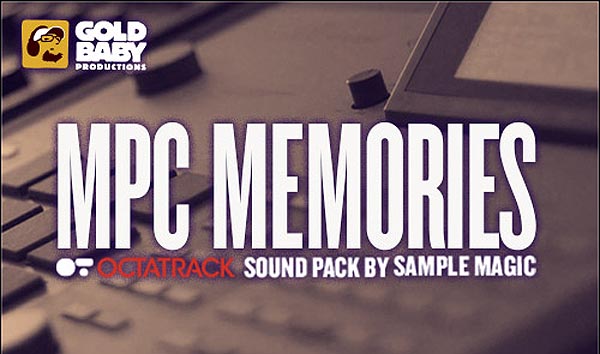 Hip hop would not have been the same without the Akai MPC60. The combination of a 12-bit sampling engine and a human approach to beatmaking caused a stir in the 1980s, forever changing the course of musical history. Goldbaby has transfered the soul of this gem of an instrument to the Octatrack universe. Vinyl hits, drum machines, and FX sounds – all sampled with an MPC60 – form the core of the MPC Memories Sound pack. From now on, the Octatrack can’t stop, won’t stop.

The sound pack is specifically made for the Octatrack. Included is an Octatrack set featuring 1 project, 16 patterns and 4 parts, each with 16 scenes.