Roland sat down with Daedelus to talk about his upcoming Roland Radio set and the gear he’s been using to make his unique sounds. Roland Radio is a new monthly web broadcast featuring cutting-edge artists creating music with new and classic Roland gear. 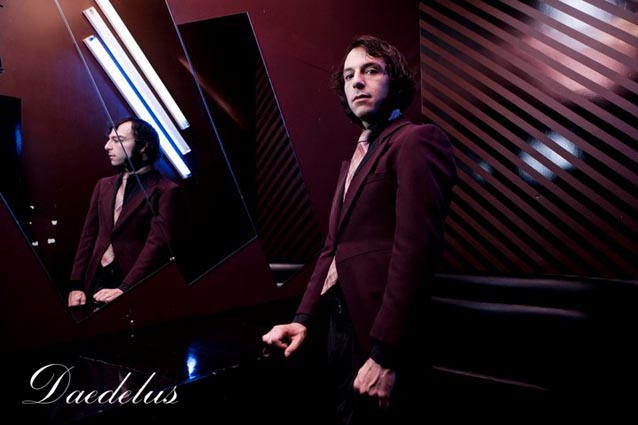 What was the first piece of Roland gear you added to your rig?

Very first was BOSS’ Equalizer, before I owned any other pedals. It was need that brought me into love of all things outboard. I had a problem with playing double bass through a loudspeaker. The frequencies were all akimbo, and the EQ tied it right up, but I feel, importantly, it also revealed to me, by pushing those tiny faders a little past a modest boost or reduction, one might completely shape the sound into something else entirely. Music to my ears!

What Roland gear are you using now?

So, what began as practical, soon turned to studio-fueled flights of fancy. I have quite a collection of [BOSS] Delay pedals (almost the entire DD series), a Slow Gear, Flanger, and many others that still find use. TR series drum machines like the 606 and 808. I also have a 707, 727, and 505. Those have been hacked apart trying to push their later sounds a little more. And then there are misfits like the EF-303, DR-202, and CSQ sequencer to accompany my SH-09. More recently, an addition of the GAIA SH-01 has rounded my lack of modern Roland synthesis. I still look to these sources and manipulators every time I step on out into the studio.

What’s the best part about getting a new piece of gear?

The questions it begs! Every new piece of gear is going to have its reasons, its answers. The figuring out of how these resolutions will push a production to completion is exciting stuff.

How has the evolution of music technology affected how you create your music?

Limitations aren’t inherently a bad thing. Monophonic synths aren’t lesser than polyphonic, they are just differently featured. Equally, music technology has marched ever more flexible, ever more data rich, and yet here I am still reaching for my 606 or [SH-] 09 often. But I will say, I wouldn’t be able to make it were it not for affordable studio solutions, so it’s a pickle, a bit of both that makes this work.

Tune in to Roland Radio Monday, November 18, at Noon PST to see Daedelus in action.