Introducing are a unique live prospect. Playing Daft Punks ‘Discovery’ album from 2001, live from start-to-finish this six piece band, stage whole albums previously thought unperformable. Their first project was DJ Shadow’s sample based classic ‘Endtroducing’, and now they have done their homework to nail every last robotic detail of the French duo’s massive album live on Radio 1. The band comprise of a range of world class sessions musicians, sound engineers and actors in order to make it all happen, spending months to perfect sounds, and tackle this seemingly impossible feat. 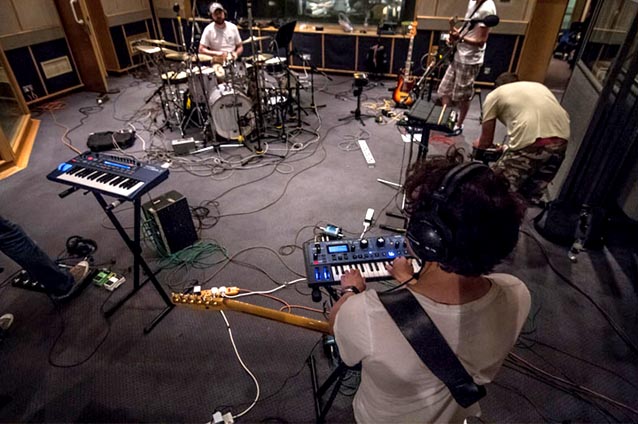 In his spare time, Matt Derbyshire, founder and guitarist/keyboardist of Introducing, is Senior Product Manager at Focusrite and is the man behind the Novation Launchpad.

Whoever thought you’d be able to go to a show and listen to a Daft Punk album, previously thought unperformable, performed live in its entirety? Introducing is a unique band that does just that. Comprised of a range of world-class sessions musicians, sound engineers and actors, Introducing have sold out infamous venues in London and performed at the UK’s largest festivals. This led to the band grabbing the attention of Radio 1’s Rob Da Bank, who subsequently invited them in for a special live session at Maida Vale.

You can read the whole interview with Matt here.