Fantastic news for all the gearjunkies and gearheads outthere! Roland is returning one of his legend instruments, the TR-808 drummachine. For now they haven’t released much information yet, but yesterday they released this video below and are very clear about it that there will be a comeback for the TR-808. The new name will be AIRA.

“Roland Engineers discuss the initial concept of the TR-808 which was conceived and built in 1980. Although it was designed to create “backing tracks”, creative musicians started to use the Rhythm Machine as an instrument and music changed forever. Now the evolution begins again.“

Of course with all this buzz and rumours flying around there’s always a leak. Attack Magazine came with this picture below. True or false? We don’t know, but if we hear something or foind out more, you’ll know it too! Well, there is one other thing we heart (as a rumour) and that’s that ‘AIRA’ could be the name of series of new classics. Of course first instrument that comes to mind would be a new version of the TB-303. Again, the picture and this information is pure speculation and completely unfounded, …. yet!

Well, it’s probably out the bag now. According to an excellent write up from Peter Kirn, it is most likely that the TR-08 will be virtual analog. Sounds of the ‘old’ 808 recreated in digital form in a new box. To be honest this is just a little disappointing. KORG have captured a lot of new fans by recreating that ‘analog’ feeling with the ‘new’ MS-20 and also their Volca series. And even if the virtual analog sound of Roland will be great, it probably won’t answer to the emotional need that ‘analogue gearheads’ has. Will this become (another) missed opportunity? Who knows, … what do we know? 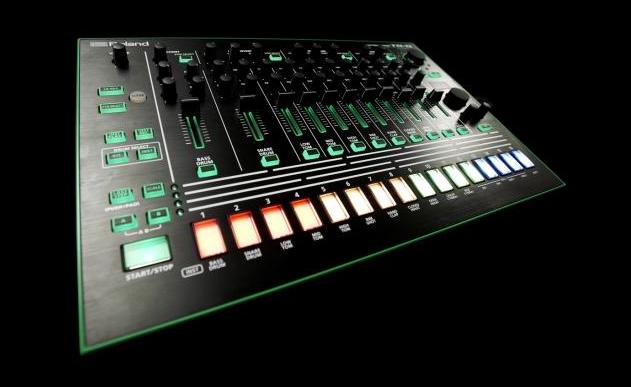