The people at Propellerhead caught up with producer & DJ ResetRobot to find out more about his creative process and his use of the Reason DAW software. Emerging rejuvenated from the studio in 2009, Reset Robot announced himself with the licensing of no fewer than 6 tracks to the internationally acclaimed Sci+Tec label, under the stewardship of Ali Shirazinia – better known to the world as Dubfire. Further releases followed on Get Physical, Soma, Adam Beyer’s Drumcode, and with his feet still firmly planted in the underground, Portsmouth’s own Wolf Trap label. 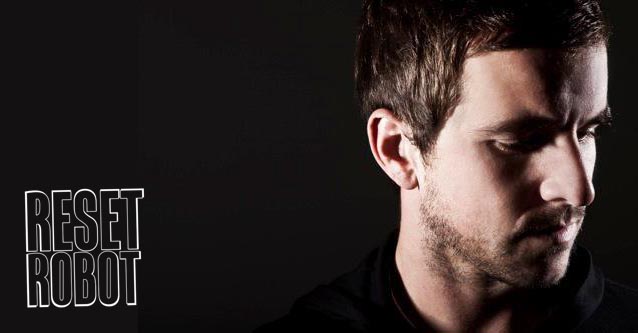 Who or what is Reset Robot? The chances are, if you’ve been more than an occasional visitor to any of the world’s more discerning dancefloors, you’ll most likely have been exposed to the sound; you may have already given yourself up to the techno and house excursions that have become the Reset Robot blueprint.

The man behind the moniker is David Robertson, Portsmouth based DJ/producer of some repute. Influenced by clubs such as Fabric and Slinky, DJs such as Sasha, Digweed and the Wiggle boys, with time served behind the record store counter, he sculpted his sound meticulously over time, honing it until he was fully ready to deliver a newly crafted sonic signature. And since he uses Reason as his main production tool, we decided to ask him a few questions!

You work a lot with other artists, how do you approach that? Do you work remotely or in person?
I always work in person. I have never engineered a track without the other person being there. Its not something I believe in. I would make minor changes to a track if needed like level changes or touching up some automation but the creative process needs to come from both engineer and producer being together. I always wonder what people who use a ghost writer are thinking when they play the tracks in a club. Do they persuade themselves that its their own?

Got any sound design secrets you’d like to share?
If I’m using a synth I don’t like to use presets. I’d rather start with 1 or 2 oscillators and build something up from scratch. I always find something interesting from a sine or sawtooth when I use the shaper on Thor. I add a Scream 4 to pretty much everything, it always improves a sound in my opinion. I also love using samples, turning one sound into something completely different can give great results for textures and fx.

How do you use Reason in your music making?
Reason is my main production tool! I use it from start to finish on my tracks. I have tried logic and do use Ableton Live sometimes but never seem to get what I’m looking for as quickly. I really like the mastering in Reason, it always gives my tracks the extra 5-10% I’m looking for.

Do you have any favorite sound or patch?
I made a sound in one of my tracks ‘Snow Leap’ about 2 years ago. Its featured in quite a few of my tracks since. It’s a dirty little sawtooth/square combination which sounds fantastic with some echo or reverb on the sends.

What do you do when writer’s block strikes?
I cry! No, I tend to keep going. I’ll start something but even if its not quite clicking I’ll see it through to the end because sometimes that process can bring me out of it. If it’s really bad I will start making little 1 or 2 bar loops or strange sounds and just keep making them until I have a groove or a sound which I could listen to for 6 minutes.

Any words of wisdom for aspiring producers and musicians?
I always say the same for this. Be patient! I was way to eager to send out my music when I first started producing and always get sent music that isn’t ready. You will do more damage than good if you send out music that isn’t quite up to scratch, for example if someone hears something they don’t like they are less likely to click play on the tracks that might be good enough.