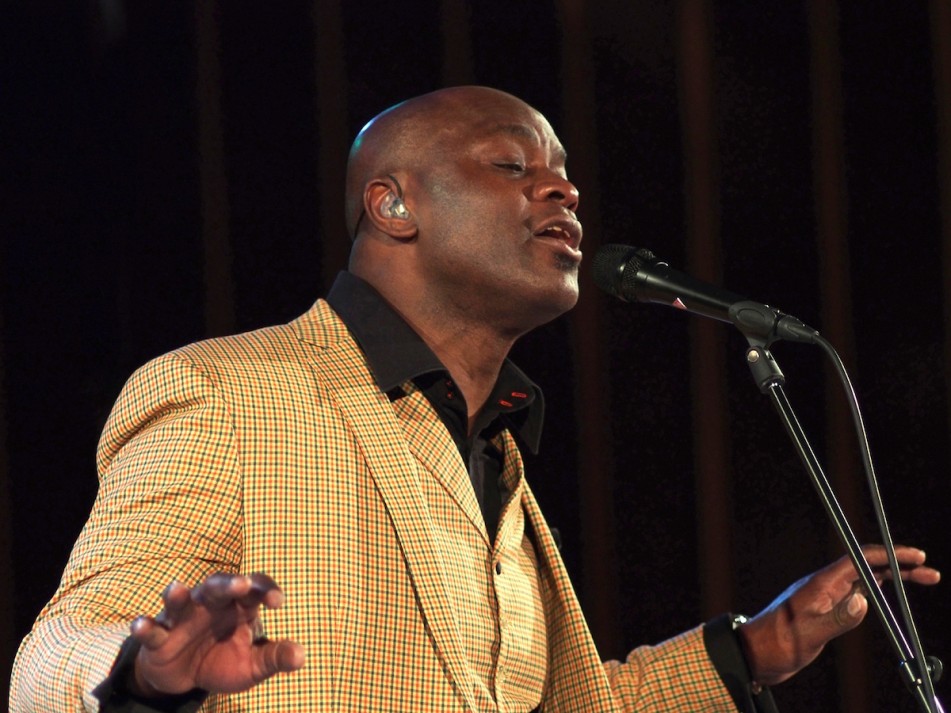 Singer, songwriter and producer Ola Onabule has just released his eighth album, It’s The Peace That Deafens, which fuses African, jazz and soul influences into 12 songs that defy categorization. An array of Neumann microphones was on hand in a challenging studio environment to capture every nuance of the sound.

The British-Nigerian artist was introduced to Neumann microphones over 20 years ago, at the start of his career, and has been a devotee ever since. “I remember recording my first ‘big studio’ vocal at Metropolis in London. A lot of time was spent A-B testing an array of carefully positioned mics in the quest to find the one that best suited my voice,” he says. “The U 87 i beat the rest hands down. I remember being knocked off my feet by its effortless reproduction of nuance and harmonics.”

With a three and a half octave range, it can be a challenge to capture Ola’s voice accurately across the whole frequency spectrum. Having discovered the U 87 i, he requested it for all major studio sessions, until some years later when producer Gus Dudgeon suggested he try the tube M 50. “The combination of the U 87 i’s flat, faithful response and the M 50’s warm tone was such that ever since I have done many vocal sessions with both microphones set up, allowing engineers to choose between a balance of both mics or just one on a final mix,” he says.

A modern equivalent to this rig – a U 87 Ai and M 150 Tube – is set up permanently in Ola’s Casa del Funk studio. But it was another producer, Grammy winning George Whitty, who suggested he try the Neumann TLM 49 on the latest album. “As a cardioid, transformerless mic, it’s a very different beast to the other two,” says Ola. “I was surprised George used it for the vocal sound, using the other two to support and supplement it where he needed their specific qualities. But it was completely justified, he delivered a gorgeously mixed album!”

The album features a new, stripped back sound with all-acoustic instrumentation. As well as the vocal microphones, a further selection of Neumann mics were used to deliver exquisitely detailed recordings of the instruments, while overcoming the inherent difficulties of capturing the sound in a live room covering 35m2 with 3.6m high ceilings. “We had to contend with several open mics and the issues of spillage and phase, so we used a Neumann M 147 Tube on the double bass, separating it from the other instruments with an improvised structure of studio screens, blankets and a spare mattress,” says Ola.

Further Neumann microphones included a stereo pair of KM 183 omni pencil mics on the Bluthner baby grand piano, a pair of KM 184s on acoustic guitar and a U 87 Ai on the guitar amplifier. On the drum kit, MD 421s were used for the toms, a pair of KMS 184 for overheads and Ola’s U 87 Ai for the kick drums on the title track. “It’s a gentle song and the superior fidelity of the U 87 Ai was a definite boon,” he says. “Using many of these microphones was a dream back in the early days – I never imagined it could come true. Neumann has shown remarkable faith and generosity by letting me have access to almost any microphone I need to help my aural fantasies become reality on this album.

“Many years ago Sennheiser’s Alan March paid me the phenomenal compliment of suggesting that my music and Neumann microphones were a good fit. He continues to be a real mentor and adviser in all things Neumann, making real and substantive changes to much of the way I make music. For example, thanks to Alan, nowadays I never leave home without the KMS 105 stage condenser mic. It’s got clarity, a virtual absence of proximity effect and I can explore vocal gymnastics on stage, knowing it will capture the full spectrum of frequencies.”