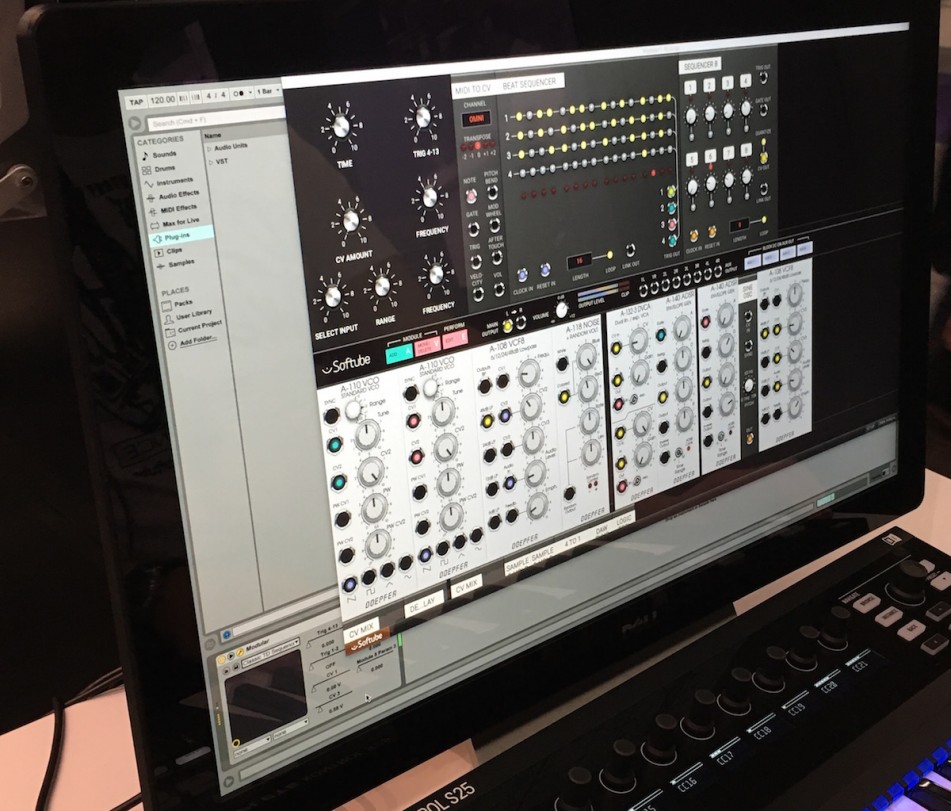 Softube is proud to announce Modular: A new cross-platform modular synthesizer plug-in that looks, works and sounds exactly like its analog Eurorack counterparts.

Softube’s award-winning modeling experts have collaborated closely with legendary inventor Dieter Doepfer and the top minds at Intellijel to create circuit emulations of existing hardware modules. The resulting plug-in modules have been authorized and approved by their respective owners, guaranteeing that Softube Modular gets you as close to the analog sound as you can get.

Both effect and instrument, Softube Modular is fun, limitless and easy to use. The basic system includes six Doepfer modules and 20+ utility modules, such as sequencer, mixer, delay and more, and a massive preset library will be included. Additional modules from Doepfer and Intellijel will be available as add-ons at launch (such as LPG, uFold II, Korgasmatron, Rubicon). More emulations from top hardware synthesizer brands will be released in the future.

Softube Modular is available from May 11 for $99