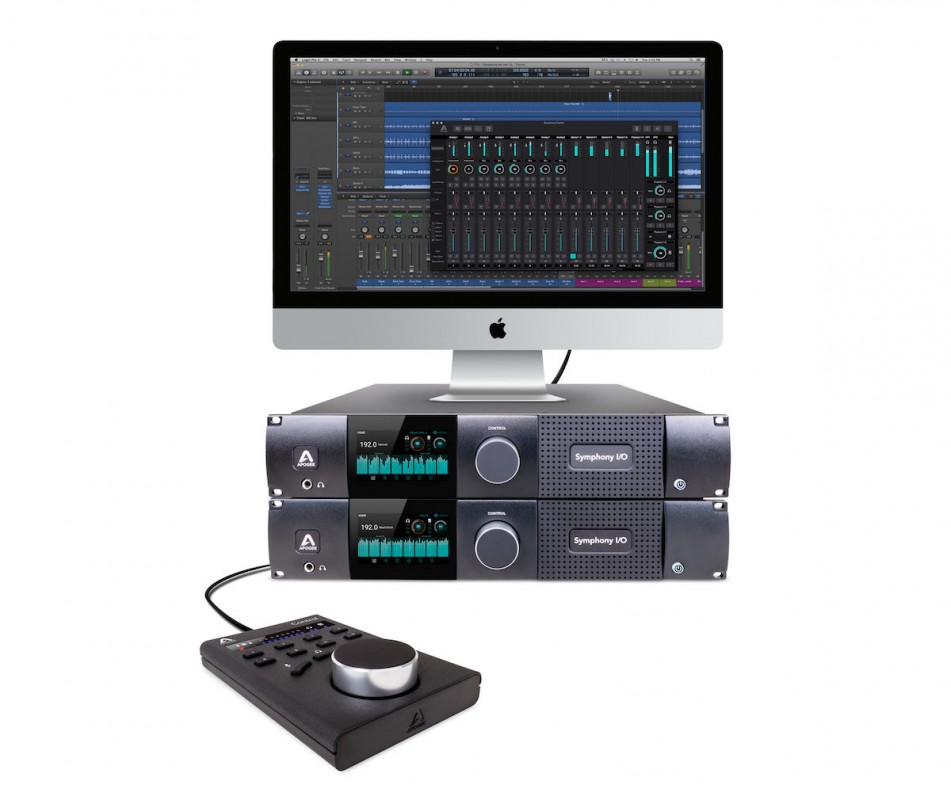 Apogee Electronics is pleased to announce Symphony Control software for Mac, designed specifically for Symphony I/O Mk II audio interfaces. Symphony Control has been built from the ground up and replaces Apogee’s Maestro software for Symphony I/O Mk II users. Symphony Control delivers all the functionality of Maestro in a new, highly customizable user interface along with innovative new features like Talkback functionality, the simplified “Essentials” control window and an FX Send mixer feature, recently introduced as part of the Element Control software.

With the introduction of Symphony Control, customers can now use 2 Symphony I/O Mk IIs  simultaneously for up to 64 channels of I/O over a Thunderbolt connection to their Mac. Symphony I/O Mk II combined with Logic Pro X on a Mac delivers the most advanced native workstation available with superior quality high-channel count recording at incredibly low latency.