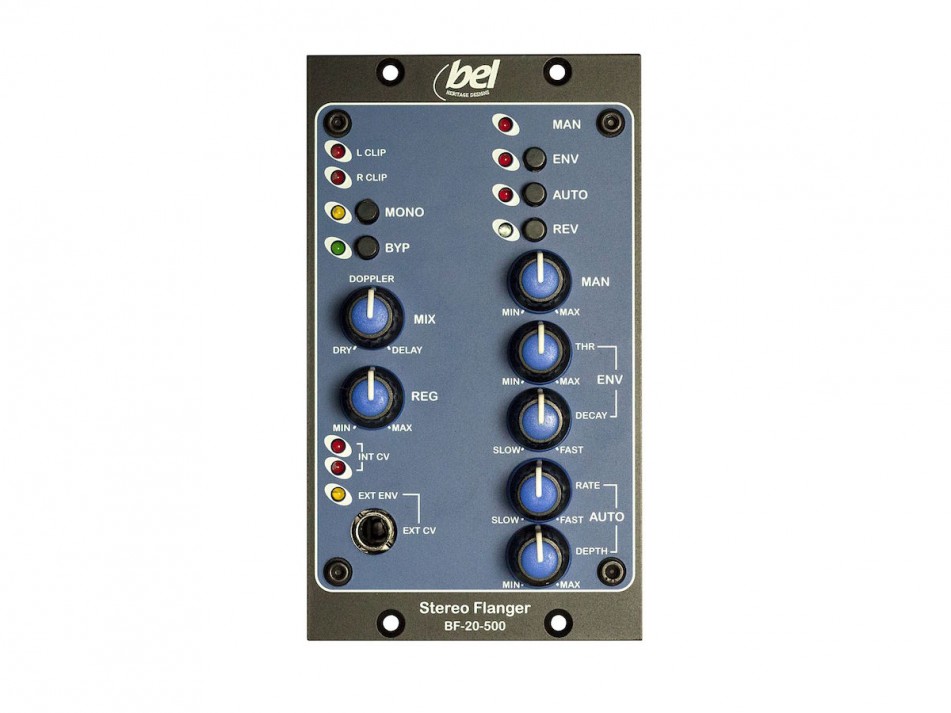 New for the 2017 Winter NAMM Show, Bel Heritage Designs is proud to announce the BF-20-500 Stereo Flanger, a 500-Series version of their classic analogue effects unit.

This sought-after analogue effects unit has been meticulously recreated and made available for the 500-Series format. It is based fully on the original design, including use of the well-renowned SAD512 bucket brigade devices.