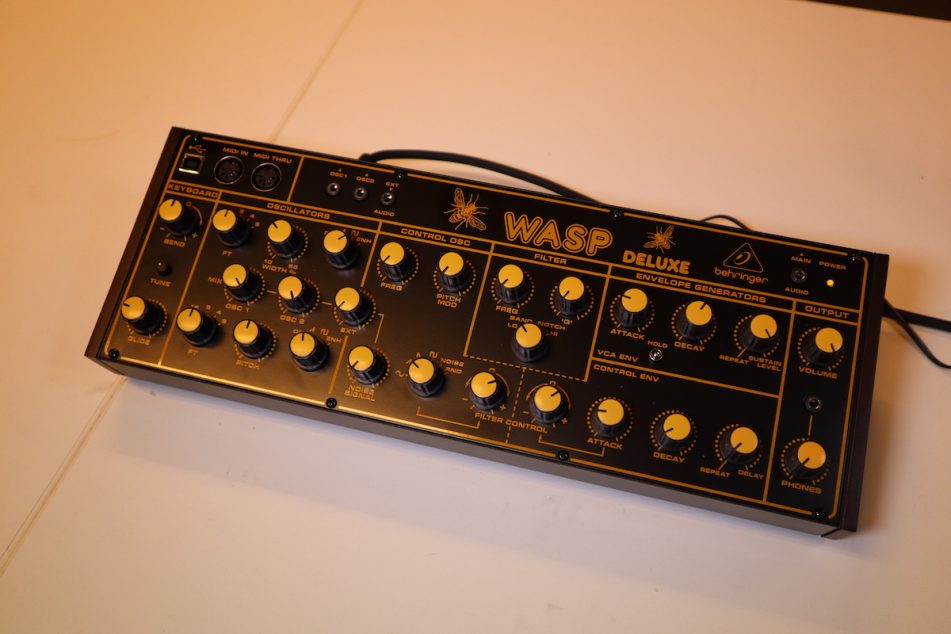 It’s Wednesday again, and although we are busy processing all the news from the NAMM 2020, we have a new video for you! This time Stefan will show you the new Behringer WASP Deluxe analog synthesizer.

The wasp was a monophonic synthesizer from the UK, that came out in the late seventies. It had a velocity sensitive flat key that was very modern at the time but also very unreliable. More important was that it had a unique filter design and a unique set of controls, including repeating envelopes.

Today we will go over the features and then we will do a quick jam session to listen to the sounds as we turn the knobs. I will be using this Bass station II to play notes and arpeggios as the Wasp deluxe has no keyboard, but it has usb and midi.

One other reason in using this synth is that in some way, they are related. Namely: The designer of the original wasp using it’s design in the early nineties to develop the first Bass station, a rack-mount synth released by Novation.

It sounded very similar to the Wasp, and even the Bass Station II today has some similarities in the oscillator and filter design, and it also fetaures the repeating envelopes!