Voxengo has updated its Deconvolver plug in. Deconvolver is a standalone Windows application which allows audio engineers to recover impulse responses from previously recorded test tone sine sweeps by means of a highly precise deconvolution process. 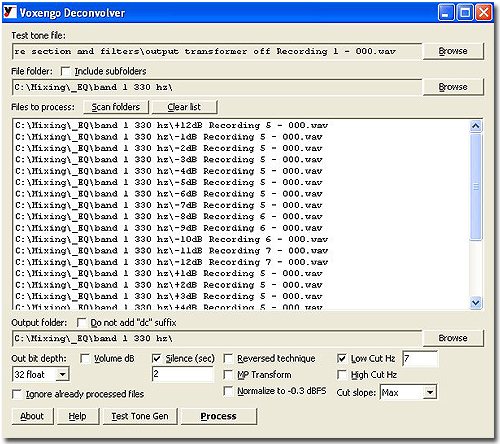 This version has been totally reworked since the previous version release. The total rewrite allowed us to fix a range of various issues and improve the overall functionality: now Deconvolver supports multi-channel files; all created files now have a “dc” suffix added to them – this ensures that original files would not be overwritten during conversion. Version 1.9 also fixes problems with the “Reversed technique” mode that were available in the previous version.

A demo version of Deconvolver is available at the Voxengo website.