Solid State Logic, the world’s leading manufacturer of professional digital and analogue consoles, is proud to present a radical update to the hugely successful AWS 900 console. Launched in 2004, the AWS reinvented the professional production console by combining classic SSL analogue console technology with DAW control hardware in a single work surface. Over 550 consoles later the AWS has evolved through several significant upgrades. Now, SSL proudly presents the first revolution, rather than evolution, of the AWS. 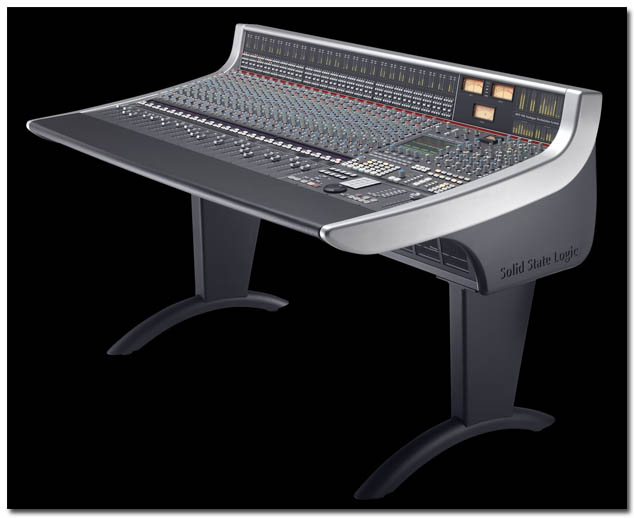 The increase from 24 to 48 inputs on the AWS 948 is achieved via the introduction of a unique Dual Path Channel Strip design where each channel has a single mic pre and two line level inputs, a new Stereo EQ and Stereo Insert. This new channel enables three different operating modes: STEREO MIX, IN LINE MIX and IN LINE TRACKING. These differing modes offer a wealth of workflow options that enhance today’s versatile production environments. The new Stereo EQ design featured on the AWS 948 is sonically identical to the SSL SuperAnalogue™ mono 4 band parametric Channel EQ but adds independent switching of HF/LF and Mid Frequency bands between E and G series tonal characteristics.

IN-LINE TRACKING is similar to the AWS900 with either the MIC or LINE signal providing the CHOP and Track Bus source. (Note: there is no longer an Instrument D.I Input) Normally this primary signal is level controlled by the V-Pot. However through “fader flip” it is possible to use the large fader instead. In this setup the secondary signal (DAW output/Monitor Return or the even the CH OP) goes to the Large fader.

IN-LINE MIX provides identical operation to the existing AWS900 channel strip with the exception that a second signal path is available as a Mix input in classic ‘In Line’ console fashion. In this mode the Channel V-Pot acts as the second input gain control (along with the associated SOLO/CUT switches). Furthermore the V-Pots level and mute status can be automated. This allows all 48 channel signal paths level and cut automation in the analogue domain. Note that it is also possible to move the Insert into the secondary path (ideal for X-Rack processing etc).

STEREO MIX mode provides a fully featured Stereo channel aimed primarily at stem mixing with 4 Band EQ, HPF, Stereo Insert, Balance/Width control and routing to the REC and MIX busses, the track busses, and the Stereo CUE. The FX sends and the CHOP are sourced by a mono sum of the stereo signal.

Channel configuration and Setup is accomplished via the AWS 948 onboard TFT screen and soft keys, and it is even possible to move or divide the channels processing resources (EQ, Insert etc.) between each of the dual paths.