Denon DJ announced a new software update for their DN-X1700 DJ Mixer. The DN-X1700 represents an important achievement by Denon’s R&D department, which, during the development process, worked closely with some of the top professionals in the industry, gaining key input on its design and functionality. The result is a market driven professional digital mixer that is best in its class. Years of consultation and design have gone into the development of a mixer of this caliber, and nothing in its specification and construction has been sacrificed. Meticulous attention to detail, layout and component quality make operation of the DN-X1700 extremely intuitive, and Denon’s engineers have provided every capability professional DJs will require: working with Vinyl turntables, CD Decks, Media Players, DJ software applications via laptops and USB storage devices. 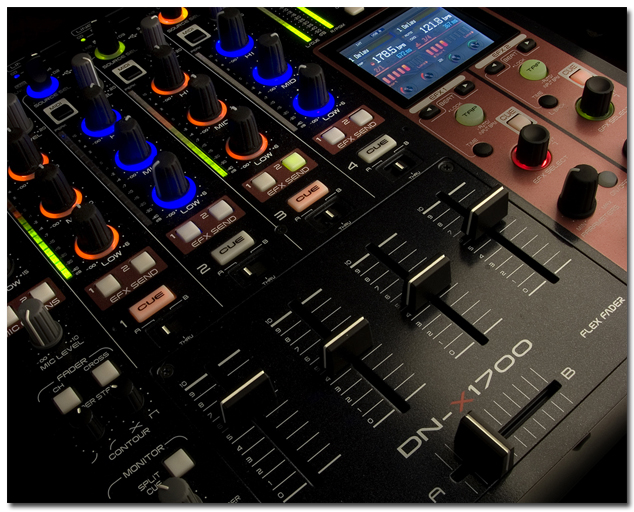 – Added new V-LINK function: A function developed by Roland Corporation&reg; that allows DJ performers to simultaneously integrate audio and video. Connecting the EDIROL V-4 or V-8 make it possible to perform a wide range of visual effects linked with the tempo of the music

– Added BPM MIDI Clock – Great for Traktor/Ableton users. This automatically detects BPM MIDI Clock from the application and becomes the Master BPM in the display

– Added new preset: You can now choose Cross Over or Isolator Filter as the default setting for Parameters on or off button position