In celebration of its 15th anniversary, Red Bull Music Academy has teamed up with award-winning director Ralf Schmerberg to create a full-length feature film. 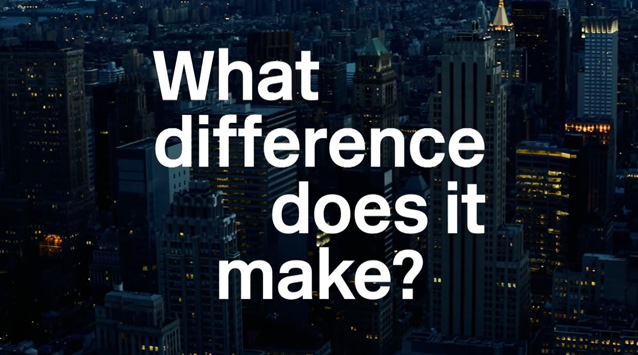 What Difference Does It Make?

A Film About Making Music, the film features Brian Eno, Lee ‘Scratch’ Perry, Giorgio Moroder, Nile Rodgers, Richie Hawtin, James Murphy and many more talking about the ups and downs of a life devoted to music. Shot at the 2013 Red Bull Music Academy in New York, the film focuses in on the creative process – but ends up asking questions about life itself.

What Difference Does It Make? evokes the heady atmosphere of the Academy itself, in which fresh musical ideas tend to spark between artists representing different genres and generations. In a different city each year, 60 up and coming musicians from around the world participate in workshops with musical luminaries in a custom-fitted complex of studios and workspaces. By night, they perform in the city’s cult venues and concert halls, alongside contemporary and classic innovators as well as heroes and heroines of the local scene. Long after the last notes are played, the experiences and insights gained there tend to resonate deeply in the lives and practices of those who take part.

What Difference Does It Make? premieres in movie theatres across the globe on February 17. A day later, it will be available to view for free via redbullmusicacademy.com. Check the trailer below.