Novation is celebrating its heritage with a short film that explores Novation past, present, and future, along with a completely free sample pack comprising over 1GB of loops, single hits, multi sampled patches, and drum kits from its unforgettable and modern classic synths. 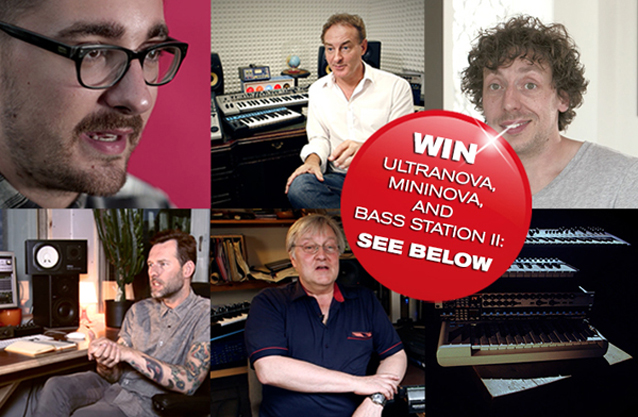 In addition, Novation are offering three people the chance to win their choice of Bass Station II, UltraNova, or MiniNova – their award winning current lineup of synthesisers – in a make-a-track competition with an all-star judging panel including Paul Hartnoll (Orbital), Liam Howe (Lana Del Rey, Sneaker Pimps), Eats Everything, and Timo Maas in a competition running from the 4th of February to the 4th of March 2014.

Supernova II, K Station, Bass Station, Drum Station, Bass Station II and Ultranova are all represented in the heritage sample pack, and Novation are launching a month long competition with an all-star judging panel including Paul Hartnoll (Orbital), Liam Howe (Lana Del Rey, Sneaker Pimps), Eats Everything, and Timo Maas to create a track using the pack – with three winners each winning their choice of either Ultranova, Mininova, or Bass Station II. The competition runs from 4th of February 2014 to 4th of March 2014.