The CasSYNTHerette includes two synths, both using classic waveforms from some of popular music cultures favourite synths – However each instrument was processed with a different cassette mechanism – Instrument 01 was recorded to a high quality, rare, stable and full range Japanese cassette recorder. Whereas instrument 02 used the dirty, noisy Cassamplerette recording mechanism. They have included many presets that highlight how versatile this synth can be! 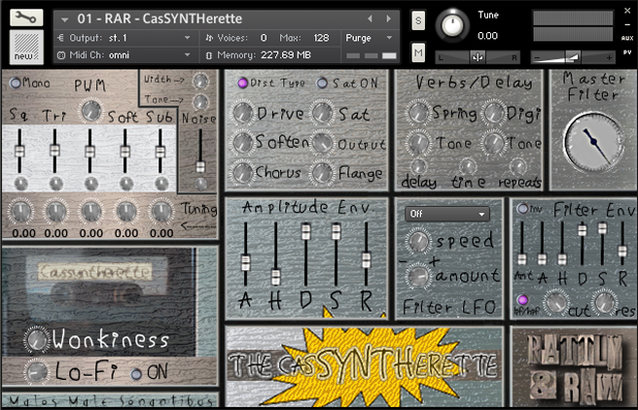 Whilst the Cassamplerette was looped and single shot recordings of real instruments, the CasSYNTHerette is a fully functional synthesis instrument using waveforms from some classic synth oscillators recorded and looped onto different cassette tape systems.