Coming soon to a Apple computer near you, the Polymer app. It lets you play your monophonic synths together, like they’re all part of some giant mutant polysynth. And it operates via plain old MIDI, so it’s compatible with almost anything — modulars, samplers, polysynths, even virtual instruments. 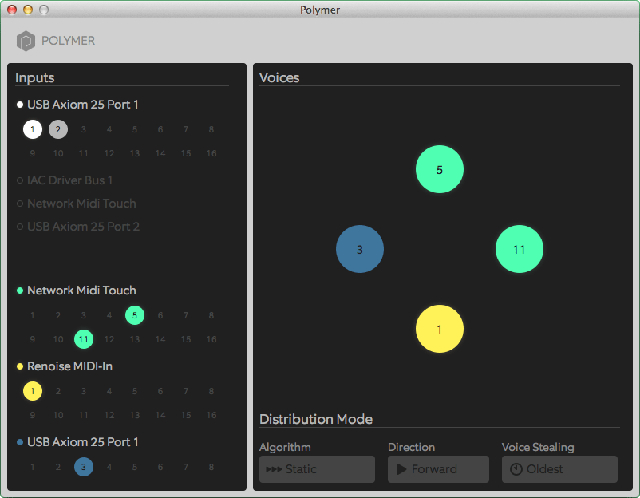 And that’s just the tip of the iceberg: alternate notes between different synths in monophonic sequences, layer pads and leads to create songs without leaving the keyboard, or experiment with the outer limits of modular paraphony.

Everything the 5-pin DIN touches is your kingdom

Polymer works via the MIDI protocol, which has been around for over 30 years. Your favorite synth, sampler, or sequencer is probably MIDI-compatible.

Polymer is designed for controlling hardware synthesizers, but there’s no stopping you from controlling any App which understands MIDI via the IAC Bus (such as your DAW).