Val Garay knows a thing or two about recording. The Grammy-winning veteran producer‘s credits include a cross-section of some of the best sounding tracks of the last four decades, from artists as diverse as Kim Carnes, The Motels, Bonnie Raitt, Dolly Parton, James Taylor, Neil Diamond, Linda Ronstadt, Santana, and many more. 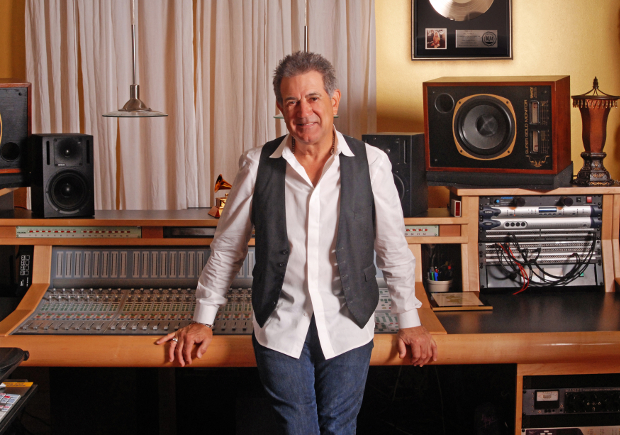 He’s also one of the more technology savvy producers around, having made the move to digital well before it was fashionable. “In the beginning, we definitely had some struggles with the sound, and we’ve pretty much gone through every converter known to man,” he observes. “But over the years the sound of digital has improved tremendously. And a great performance is a great performance. As long as you’ve got a good mic and a great signal chain, that’s what matters.”

Manley gear has long been an intrinsic part of his arsenal, Garay says. “I got turned on to Manley stuff back around 1994 by David Kershenbaum. I’ve cut a lot of tracks with the Massive Passive and the VariMU.”

Garay is quick to point out some of the obvious advantages of digital recording. “Back in the early ’80s, we recorded a song called ‘Only the Lonely’ with a group called the Motels,” he recalls. “Martha (Davis, Motels’ singer) hit this one really nice note on one of the outtakes, and I really wanted to use it in the song. It took us two days to fly that part onto a two track and back to the multitrack. Today that would take 30 seconds.”

One of the best things about the digital revolution has been the freedom to record anywhere, anytime, says Garay. “It’s funny – my good friend Leland Sklar said to me the other day that he never imagined at this point in his career that he’d be tracking bass in someone’s bedroom. I work with a number of session players remotely, and being able to send tracks back and forth makes working on a project so much easier.”

“For a lot of musicians, the CORE is ideal for tracking,” says Garay. “In my rack here, I’ve got a whole lot of preamps, EQs, and compressors. But with the CORE, I can take just one unit and it’s got everything in the chain that I need. And the best part is, it’s all Manley quality. And the price isn’t out of this world. It’s a great introduction to the Manley sound, and Manley quality.”