The L3 Peak Limiter uses a linear-phase crossover with user-definable frequencies to divide the audio into five bands without phase distortion between bands. The signal then enters the patent-pending Peak Limiter Mixer, which employs psychoacoustics to maximize headroom use. 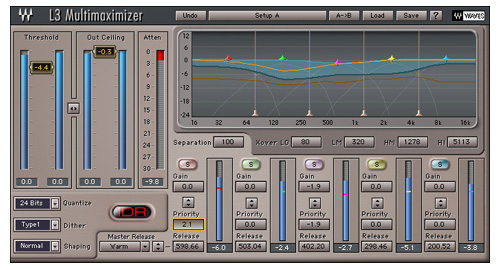 The L3 comes in two versions: the Multimaximizer™ and the Ultramaximizer™ , which uses the same PLMixer™ but offers limited controls.
With its transparent operation, brick-wall limiting, extreme tonal range and dithering and noise shaping control, the L3 can function as a complete mastering processor.