Apple has announced that it has begun shipping Logic Express 7, the next major release of its music composition and production software. 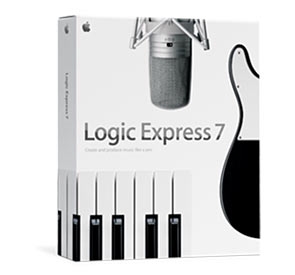 
“Logic Pro 7 is a big hit with pro audio customers and reviewers who are saying it’s a must have upgrade and the biggest release of Logic ever,” said Rob Schoeben, Apple’s vice president of Applications Marketing. “We’re now shipping Logic Express 7, a streamlined and affordable version of Logic for education customers and advanced hobbyists who want to create and produce music like a pro for the unbeatable price of $299.”