Included in the Anthology bundle are H3000 Band Delays™ and just released H3000 Factory™ plug-ins. Factory offers the ability to patch together any combination of eighteen effects blocks; creating your own complex multi-effects has never been so easy. Band Delays offers eight voices of tempo-based parametric filtered delays, each with pan, delay, and level controls. Factory and Band Delays are based on Eventide’s best-selling H3000 and they offer its unique Function Generator featuring nineteen waveshapes, MIDI control, and all delays lock to system tempo. 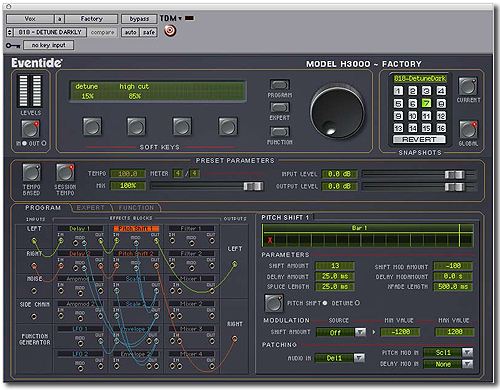